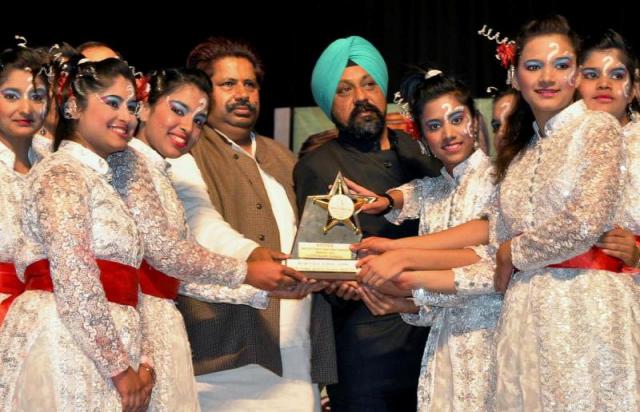 , November 20 (Scoop News) – J&K Minister for Revenue, Relief and Rehabilitation,  Raman Bhalla said that ‘it is very important for any society to accord priority to the education of the children and protect safeguard their childhood innocence to ensure a bright career for them in the future. He said all stakeholders in need to introspect and understand that over the last two decades of turmoil our children have suffered stress at a very tender age and this in turn has affected their ability to create a niche in the competitive world of today despite being highly capable and talented.

Asserting that the universalization of education in the State is the top priority of the Government,  Bhalla called upon the teaching fraternity to put in their sincere efforts in shaping the personality of the students to enable them to face the challenges in the present world of competitions. He called upon the teaching fraternity to provide quality education to students so that they become responsible citizens of the country. He said that teachers and parents are the main architect who develops and shapes the personality of students. He said that the Government has launched various schemes to improve the education sector in the State by opening and upgrading scores of schools in every nook and corner especially in the far-off areas of the State.

Describing teachers as pillars of the nation, the Minister said that they have greater role to play for building the country into a strong and prosperous nation. He also stressed for imparting moral education to students adding that such an education would facilitate strengthening of the bonds of brotherhood among various communities of the society.

The Minister called upon the teachers and academicians to contribute their best by providing quality education to the students adding that Government is making about efforts for universalization of education by spreading its light to every nook and corner of the State.

On the occasion, the students of , Aitsar, , Katra, Rajouri and presented colourful cultural programme which was highly appreciated by the jam-packed audience.

Later, the Minister also distributed 1st and Second prizes and certificates to the winning groups of , and respectively.

The Minister also inspected the ongoing development works of 3-terrace park in Sector-3 in Channi Himmat, coming up at an estimated cost of Rs. 50 lakh by providing all infrastructural facilities like seating, illumination, landscaping drinking water and irrigation.