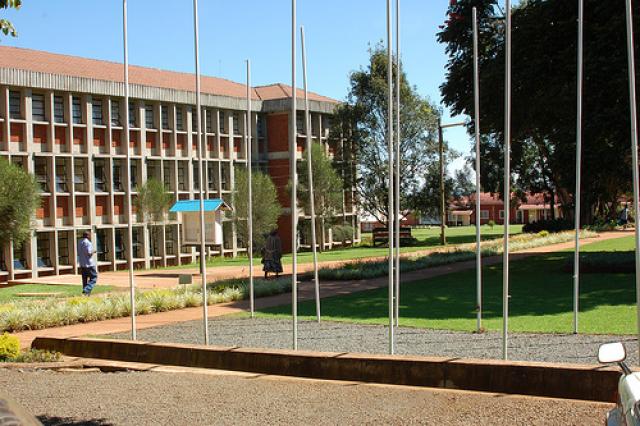 University Council in a tag of war with deans

The University Council and academics who consist of deans of faculties as well as heads of departments at the University of Malawi have been at loggerheads over a controversial quota system that the institution agreed to use this year when selecting students.

At a recent meeting the senate decided not to implement the district-based quota system as is, with one member saying that it was overwhelmingly rejected by all but one person. The senate agreed to a quota system if it was to take poverty and disability into consideration – but not the districts students come from.

The academics fear that the system might bring mediocre students into the colleges, thereby dragging standards down and giving lecturers a tough time.

The first post-independence president of Malawi, Hastings Banda – who ruled with an iron fist for 30 years – introduced a student quota system after realising that the northern region of the country was benefiting from university places the most, followed by the central region and then the south.

The system used to admit 10 students per district. Some felt it was discrimatory because in districts where students performed well, bright youngsters failed to secure a university place while in other districts where students did not do as well, the university still accepted 10 students. It became particularly unpopular in northern Malawi, where many high-achieving youngsters failed to gain entrance to the University of Malawi.

The chair of the university council, Professor Benson Kondoole, said earlier this year that a government quota system based on selecting students on district and region of origin, would be brought back to ensure even distribution of resources. Malawi used to have 24 districts, but second post-independence president Bakili Muluzi increased the number to 27.

It is believed that the government’s decision, supported by the University of Malawi council, is based on concerns that students from northern Malawi are securing a disproportionate number of university places.

The Synod of Livingstonia, which has many followers from the Northern Region – which suffered under the quota system – threatened to take the government to court after hearing that the quota system would be re-introduced.

In 1993, after Malawi had attained multi-party democracy, some students took the University of Malawi council to court over the quota system. They won, with the court ruling that the system was discriminatory.

Meanwhile, lecturers in Malawi have threatened to go on strike unless government increases their salary by 200%. They complain that they receive less money compared with colleagues in the Southern African Development Community region.