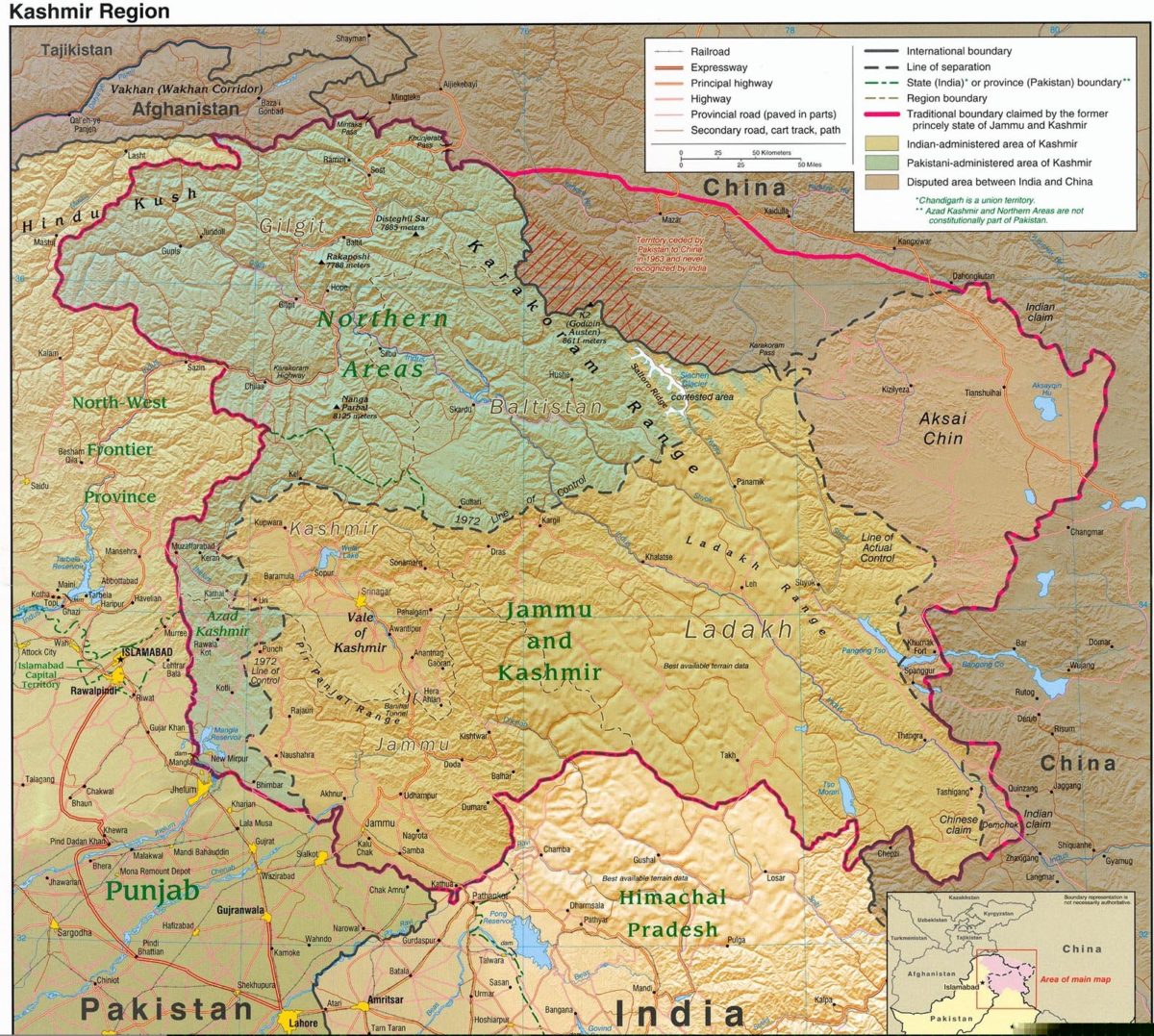 In South Asia, Jammu & Kashmir has been a key center of learning Sanskrit and Persian and a unique place of  multi ethnic and religious harmony where early Indo-Aryanic civilization has originated and flourished.

Since 1949, the state of Jammu and Kashmir is divided mainly in two parts and administered by Indian and Pakistan under a mechanism agreed by both countries at the United Nations until the final resolutions of the J&K dispute. However, both the parts share same languages, art, handicrafts, religious beliefs, food and culture. The various cultural forms like art & architecture, fairs & festivals, rites & rituals, seers & sagas, languages and landscapes speaks aloud of uniformity and diversity of the people within various regions of the State.

Unfortunately,  the people from both sides of the line of control have been deprived of the opportunity to visit key places of religious significance and to participate in cultural and religious events/ Uras/festivals such as Ziarat Mubarak of Moi-e-Muqqadas Rasool Pak (SAW) at Hazratbal Shrine in Srinagar, Uras Mubarak of Hazrat Pir –e-Shah Ghazi Qallender ( Damri Wali Sarkaar) and Uras Mubarak of Hazrat Mian Muhammed Bukhsh at Khari Sharif, Mirpur; Uras Mubarak of Hazrat Khawaja Ghulam Mohiuddin Ghaznavi, Nerian Sharif, Azad Kashmir and many other annual events of religious significance for Muslims of Jammu Kashmir. Similarly, members of the non-Muslim communities Pandits, Sikhs and Buddhist from Indian administered Jammu Kashmir are unable to visit their place of religious significance in Pakistan administered of Azad Jammu Kashmir and Gilgit Baltistan such as Sharda Temple in Nelum valley and Dehra sahib, Rawalakot, and Buddhist Monasteries in Shigar , Baltistan and Napura Stupas and Kargah Buddhist Settlement in Gilgit and other historict places across the region.

Cross LoC people to people interaction is seen as a positive means of cooperation on which both the governments of India and Pakistan have demonstrated potential willingness to engage. In the joint statement issued by India and Pakistan after the Minister of Foreign Affairs of Pakistan H.E. Ms. Hina Rabbani Khar and the Minister of External Affairs of India H.E. Mr. S.M. Krishna meeting in Islamabad on September 8, 2012,  India and Pakistan agreed to allow religious tourism across the LoC. This agreement therefore has the capacity to unlock the potential of religious tourism across LOC and could become an effective confidence building measure (CBM) which could contribute to the larger peace process in South Asia.

The people of Jammu and Kashmir divided across line of control are united in their aspirations and demand for the implementation of the action points agreed in the joint statement to to include visits for tourism and religious pilgrimage on both sides of LOC.

Kashmir Development Foundation is a civil society development organisation leading on a campaign to empower the voices of under-represented people and communities and actively engaged in mobilising support for restoration and rehabilitation of historically significant places of religious and cultural heritage across LoC in all the regions of the erstwhile State of  Jammu Kashmir to enable revival of  tourism and religious pilgrimage. 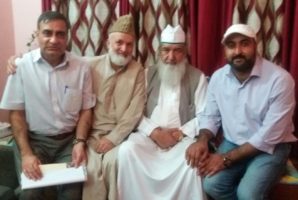 Delegates from across LOC and Jammu Kashmir Diaspora in Delhi after attending World Sufi Forum.

In recently concluded  World Sunni Forum 17-20 March 2016, New Delhi delegates from various regions across the Line of Control in Jammu Kashmir and J&K diaspora received overwhelming support from the delegates around the world and joined in their call to action for the Government of India and Pakistan;

Karwan-i-Shahihamdan (R.A) a Srinagar based organisation is now actively teaming up with like mined organisations to widen the campaign for designation of key tourist and pilgrimage site across LOC and calling upon authorities in Pakistan and Indian administered Jammu Kashmir to expedite development of necessary infrastructure on the ground for the implementation of the agreed  points in the joint statement issued by India and Pakistan on September 8, 2012.