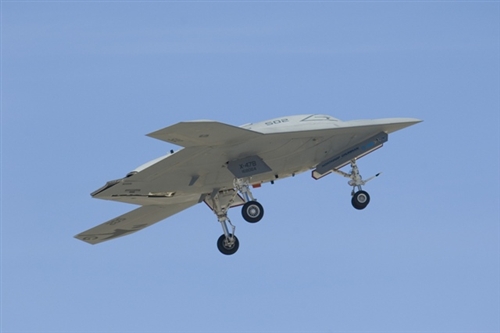 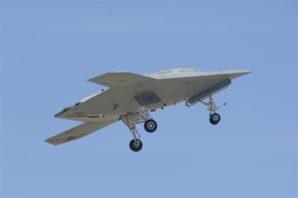 On August 22, 2014 Robert Work, the Deputy Secretary of Defense met with troops serving in the Republic of Korea. There he asked for and received questions regarding a variety of topics. One in particular dealt with unmanned planes from Staff Sergeant Toms who works in the air defense artillery branch of the 6th Battalion 52nd Air Artillery Regiment.

SSgt. Toms comments and Deputy Work answers are as follows:

“Q: Sir, with a lot of focus being placed on unmanned aircraft, do you — do you think later on down the line, everything is going to be unmanned, or do you think we’re always going to have some kind of personnel manning all of those aircraft?

MR. WORK: Well, you know, this is a question that gets asked all the time. Yeah, where are we going? What’s going to happen with everything. And to me it is never going to happen. Unmanned systems are going to be central to the future, right, but we’re never going to get to Skynet. I don’t believe it.

There’s a (inaduble) book called “Average is Over.” And this guy was actually talking about (inaudible). Anyway, there was this part where he was talking about that it used to be thought that a computer would never beat a human in chess. That a computer just wouldn’t have the intuition to plan ahead. But sure enough, after awhile, and we know now, the computers really do beat humans, and they’ve beat them consistently.

So, what’s going to happen — and that is why I think we have an advantage in this regime. Because we’re going to figure out how to do three play combat, in which humans and unmanned systems work together to really get the best out of both.

So, I think this is — I’ll never ever think that we’re going to go to a fully robotic force, because again, the secret weapon of our armed forces are our people. I am just surprised all the time about how innovative and mission oriented we are.”

Robert O. Work was confirmed as the 32nd Deputy Secretary of Defense on April 30, 2014.

In 2008, Mr. Work served on President-elect Barack Obama’s Department of Defense Transition Team as leader of the Department of the Navy issues team. He also worked on the defense policy, acquisition, and budget teams.

In 2002, Mr. Work joined the Center for Strategic and Budgetary Assessments (CSBA), first as the Senior Fellow for Maritime Affairs, and later as the Vice President for Strategic Studies. In these positions, he focused on defense strategy and programs, revolutions in war, Department of Defense transformation, and maritime affairs.

Mr. Work was also an adjunct professor at George Washington University, where he taught defense analysis and roles and missions of the armed forces.

Mr. Work was a distinguished graduate of the Naval Reserve Officers Training Course at the University of Illinois, and was commissioned a second lieutenant in the U.S. Marine Corps in August 1974. During his 27- year military career, he held a wide range of command, leadership, and management positions. He commanded an artillery battery and a battalion, and was the base commander at Camp Fuji, Japan. His last assignment was as Military Assistant and Senior Aide to the Honorable Richard Danzig, 7lst secretary of the Navy.

Mr. Work is married to Cassandra Work, and has one grown daughter, Kendyl.

Filed under: Military, News
Share Tweet Pin G Plus Email
previous article: Syrian Army units score multiple victories over US backed terrorists
next article: “North Korea has an awful lot of missiles. We have to get better at it. We have to integrate our forces better”, warns Secretary of Defense Robert Work