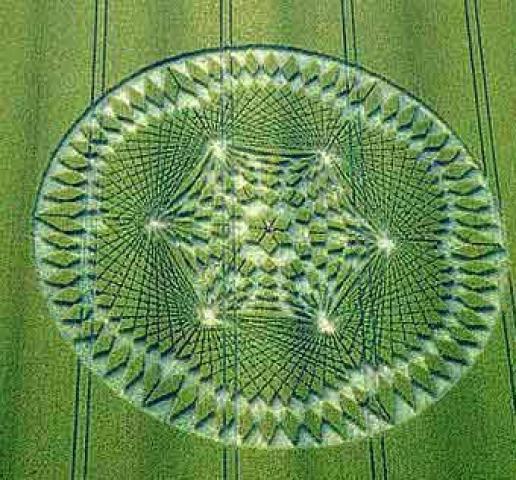 Crop circles have baffled people of ages. They are creative formations in vivid concentric circles. Patterns created by the flattening of crops such as wheat, barely, canola, rye, corn, linseed and soy, crop circles have been a point of discussion as its origin seems to be confusing matter.
There have been various hypotheses offered to explain their formation ranging from the naturalistic to the paranormal. Naturalistic explanations include man-made hoaxes or geological anomalies, while paranormal explanations include formations by UFOs. Since appearing in the media in the 1970’s, crop circles have become the subject of various paranormal and fringe beliefs, ranging from the hypothesis that they are created by freak meteorological phenomena to the belief that they represent from the extra terrestrials.
Not many accepts that these circles are man made, believing instead that many designs are too perfect and that they lack signs of human interaction. Among these critics was British-born Astronomer Gerald Hawkins who, prior to his death, argued that some circles displayed a level a complexity and accuracy that would be difficult to recreate on the paper, let alone in a field after dark.
Extra-terrestrial influence or hoaxes, in an age where clarity and precision matter, they still remain as one of the histories strangest mysteries.