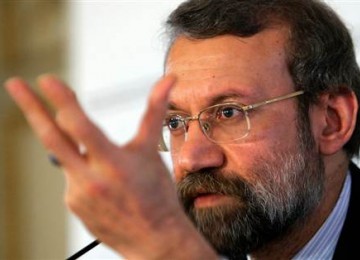 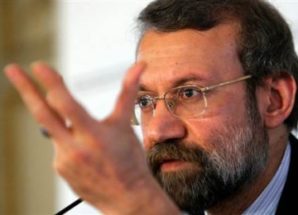 “Certainly, the ISIL won’t be annihilated by the US air attacks since bombardment cannot kill the guerrillas in the houses,” Ali Larijani added, explaining why he believes that the US strategy is irrational.

Iran’s Parliament Speaker Ali Larijani said the US coalition and its airstrikes on the Islamic State of Iraq and the Levant (ISIL) positions would prove inefficient and only cause the terrorist group to spread and grow.

“The US logic for annihilating the ISIL group will not result in reforms in the Middle-East and won’t destroy the ISIL, rather it will cause an overwhelming fire of hatred in this region,” Larijani said, addressing a ceremony in the Northeastern city of Mashhad on Saturday.

“Certainly, the ISIL won’t be annihilated by the US air attacks since bombardment cannot kill the guerrillas in the houses,” he added, explaining why he believes that the US strategy is irrational.

The US, which has failed in implementing its plots against the region through the UN and the Security Council, has now created a coalition against Syria, Larijani said, warning that igniting the fire of hatred in the region will backfire on Washington.

He underlined that the US policies in fighting the ISIL through air attacks will further spread the ISIL terrorist moves in the region.

The leader did not address the fact that the US helped train many of the ISIL fighters to begin with?

Filed under: News, World
Share Tweet Pin G Plus Email
previous article: Iran rejects US proposal to join coalition against ISIL terrorists noting that some of the countries involved are among the financial and military supporters of terrorists in Iraq and Syria
next article: Syrian Air Defense pose real threat to US pilots if Obama orders strikes against ISIS