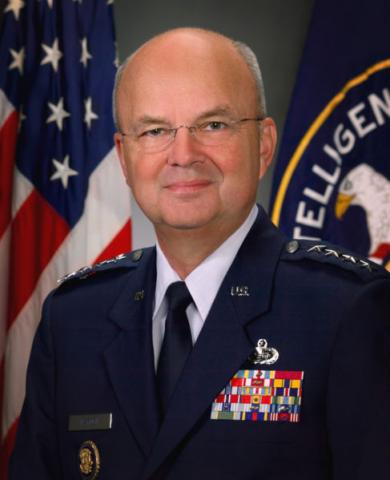 In front of a crowd at Kansas State University, CIA director Michael Hayden addressed number issues such as Iraq, Europe, China, and the increase of the US population. Mainly, Hayden addressed the issue of China which has been getting stronger both politically and economically.

However, Hayden did not touch base of the recent criticisms towards China by the international community. Recently, China has been on the receiving end of international backlash for its brutal crackdowns on the demonstrations in Tibet.

But, he did acknowledge that it could be a threat to Taiwan and the US, military-wise. So far, Taiwan has been affected by the tensions between China and Tibet. That had become a key issue in regards to the elections in Taiwan that had taken place on March 22, just several weeks ago.

However, it a possible threat may not be the case. Ma Ying-jeou of the Kuomintang (KMT) had won the Taiwanese presidency. Ma and many that live in Taiwan want to reconcile with Beijing and develop close ties with China. In a sense, Taiwan could possibly benefit from China’s political and economic growth.

But, Hayden said that China’s objectives are narrow at best. The relations between China and Tibet could be an example of what Hayden is talking about. And it has seeped into many parts of the world via Chinese students studying abroad.

Chinese students have been energized trying to fight the image painted of their home country by the international community. This was a result for the attempted interruptions of the Olympic Torch relay runs across the globe. The actions of the students are debatable due the emulation of the Chinese government’s infrastructure.

In places such as Australia and South Korea, Chinese students had drowned out much dissent. During the torch relay run in Canberra, Australia, the ratio of Chinese flags greatly outnumbered the number of Australian flags.

This could be an example of the narrow objectives that Hayden has given implications about.

“If Beijing begins to accept great responsibility for the health of the international system – as all global powers should – we will remain on a constructive, even if competitive path,” Hayden has explained.

He adds if China does it, the country will look to be more like an enemy. That does ring true in a sense in what happened since March 10 until now. The issue of Tibet has painted China as an adversary by many people.

His Holiness, the 14th Dalai Lama, had accused China of committing “cultural genocide” in Tibet.

While meeting with French President Nicholas Sarkozy, presumed GOP nominee Senator John McCain of Arizona said that it was unacceptable of a world power such as China to brutally crack down on the protests in Tibet.

While meeting the Dalai Lama in India, US Democratic House Speaker Nancy Pelosi of California warned China that the world was looking over its shoulder.

Nobel laureate Elie Wiesel along with twenty-nine other Nobel laureates went to the aide of the Dalai Lama, a fellow laureate, and condemned China’s crackdown on Tibet.

Hollywood actor Richard Gere, a convert to Buddhism and a Tibet supporter, said that he would boycott the Olympics in Beijing, this coming summer.

These are some examples on how China could be painted as an adversary.