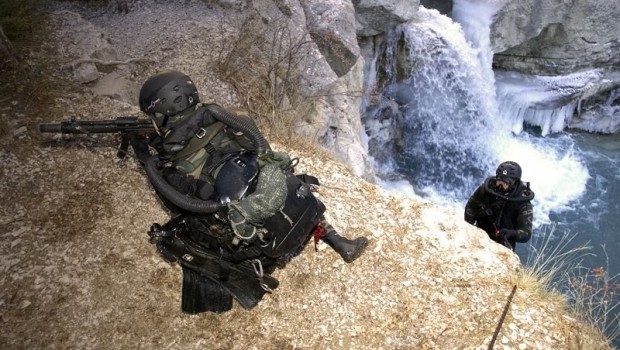 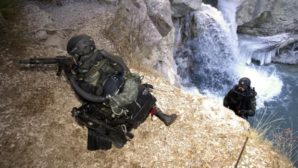 French commando unit makes incursion into enemy territory during military exercise in France. Members are with the French Foreign Legion – a specialized quick reaction force of volunteers from around the world that fight under a unified command structure and  French Flag.

“This morning Secretary Chuck Hagel spoke via phone with French Minister of Defense Jean-Yves Le Drian to discuss the situation in Ukraine.

“Secretary Hagel and Minister Le Drian affirmed the solidarity of the NATO alliance and discussed the importance of the United States and France continuing to working closely with one another to support Central and Eastern European allies.

“They discussed respective reviews of bilateral military cooperation with Russia and pledged that senior officials from both the U.S. and France will continue to remain in close touch on those matters in the days ahead.