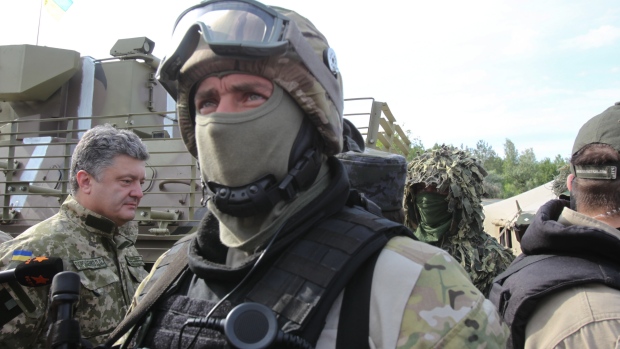 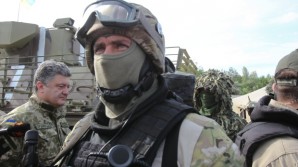 Ukrainian President Petro Poroshenko, background left, inspects a Ukrainian military base close to Slovyansk. He is surrounded by Ukrainian Special forces many armed with state of the art weapons manufactured in the US.

According to Donetsk People’s Republic’s forces, ammunition designed for NATO countries had been found in Ukraine.

This is a possible indication that the US lethal aid is beginning to filter into the conflict in Ukraine and are now being used to kill people.

Filed under: News, World
Share Tweet Pin G Plus Email
previous article: Spies slip in through the cracks and enter your company in a variety of ways you might not expect
next article: Best Placement Business School In Kolkata BIBS Organizes Ultimate Startup Plan Contest