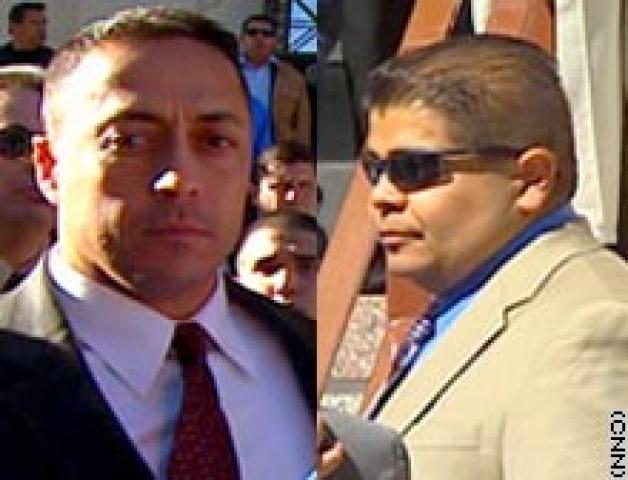 Ignacio Ramos and Jose Compean, the two former U.S. Border Patrol agents who had been imprisoned for two years for shooting a Mexican drug dealer, received good news/bad news this week. The good news:  President Bush commuted their 10-year sentences so they will be free in about two months. The bad news:  A commutation falls short of a pardon, so they remain convicted felons and can no longer work in law enforcement and will be on probation for three years.

The President’s reasoning against the full pardon is that he thought the agents deserved to be punished, but their sentences were too harsh and that they had already suffered the loss of their jobs, freedom and reputations.

"The president feels that they received a fair trial and it was a just verdict," a White House official said. "These were law enforcement officers, and they have the highest obligation to obey the law and have to be held accountable when they breach their responsibilities."

Bush’s action was widely lauded on both sides of the Congressional aisle, as many legislators felt the agents were only doing their jobs in the 2005 shooting. Both Democrats and Republicans had lobbied Bush to grant clemency to the two men.

Law enforcement groups who welcomed the commutation questioned the lack of a full pardon. "We’re disappointed it took so long for the president to do the right thing," said T.J. Bonner, president of the National Border Patrol Council.

Mexican officials are reported as being dismayed over the commutations, arguing that U.S. border agents must obey the law regardless of how suspects behave.

Ramos and Compean were sent to prison after shooting Osvaldo Aldrete-Davila, a Mexican national, who was smuggling marijuana into the U.S. When he ran back into Mexico, the agents shot him when they said the smuggler pointed a gun at them. Aldrete-Davila, who was only wounded, denied he had a gun. If the agents had not picked up their shells, they may not have been convicted, but the jury believed they were trying to cover up the evidence. The smuggler, meanwhile, is serving a 9 1/2-year prison term on drug charges.