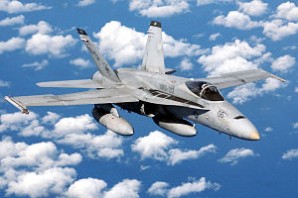 US drops super expensive laser guided bombs on a mortar position in Iraq? At a cost of $ 15,000 per bomb! Where is the logic in that? Pilots could have easily strafed that position with the 20 mm M-61 Vulcan cannon and saved the taxpayers thousands of dollars in the process.

According to the Department of Defense Press release dated August 8, 2014:

Shortly after 10 a.m. EDT, remotely piloted aircraft struck a terrorist mortar position, Kirby said in a statement. When ISIL fighters returned to the site moments later, he added, the terrorists were attacked again and were killed.

At about 11:20 a.m. EDT, four F/A-18 aircraft successfully struck a stationary ISIL convoy of seven vehicles and a mortar position near Erbil.

“The aircraft executed two planned passes,” Kirby said. “On both runs, each aircraft dropped one laser guided bomb making a total of eight bombs dropped on target, neutralizing the mortar and convoy.”

Note: The problem is that the laser guided bomb dropped on that target cost more than the mortar they destroyed? A mortar is an indirect fire weapon that fires explosive projectiles known as (mortar) bombs at low velocities, short ranges, and high-arcing ballistic trajectories. It is typically muzzle-loading with short barrel, generally less than 15 times its caliber. They are relatively cheap when compared to the laser guided bombs dropped by the US Air Force on these targets at a cost of $15,000.00 per unit.

The pilot could have easily strafed that position with his 20 mm M61 Vulcan cannon and tore those people to shreds and saved taxpayers thousands of dollars in the process.

Mortars are usually manned by two individuals by the way.

Question how many times do you have to hit a mortar position with a laser guided bomb? Well  according to the Pentagon to insure it was destroyed – multiple times apparently?

The logic in this type of strike against such low level indirect fie weapons are questionable at best, when reports suggest ISIS congregates in clusters at various camp site and building locations of 50 to 100 men or more.

Why not target hundreds instead of a few guys manning a mortar position some where.

In the case of the vehicle targets – it was also hit multiple times with laser guided bombs according to the Pentagon.