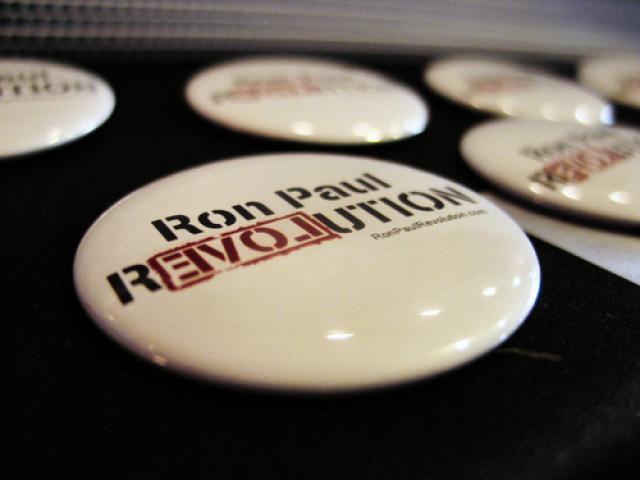 Growing dissatisfaction among voters with the US political system, with just under 5 weeks of the campaign remaining, is beginning to create cracks in the support of mainstream candidates.

Support of Rep. Ron Paul (R-TX) in the Republican presidential primaries materialized in the form of fundraising records, and an astonishing $20 million raised in the 4th quarter of 2007 (leading the charge among Republicans and nearly matching Hillary Clinton’s totals for that quarter). The famed "money bombs" that led to single-day fundraising records for Rep. Paul are now resurfacing in a non-partisan effort to open up the debates.

Trevor Lyman, who played a major role in spreading the idea of the Ron Paul moneybombs across the internet, has now focused his attention on opening up the presidential debates to third party candidates. Lyman has helped to launch a new media website called BreakTheMatrix.com that is dedicated to a democratized, free press and the elevated discourse that comes with breaking the chains from corporate control. Their current project is another website/campaign called ThirdPartyTicket.com,  undertaking to promote a third-party debate and four-way moneybomb to help light a spark under the four candidates shut out of the mainstream debates. In addition to the grassroots fundraising of small donations from across the internet, ThirdPartyTicket.com is allowing its users to generate the debate questions themselves.

As dissatisfaction with Congress and the President is reaching historic levels, new ideas are beginning to enter the fray, sneaking in past the mainstream media’s filters. Ron Paul’s criticism of the Federal Reserve system, for example, has become a point of unity among Constitution Party candidate Chuck Baldwin, Green Party candidate Cynthia McKinney, Independent candidate Ralph Nader, and Libertarian Party candidate Bob Barr. The Wall Street bailout fiasco is exposing the two-party system as the corporate duopoly that it is, with overwhelming agreement between Bush, McCain, Obama, and most of the leadership of the two parties. Alternative ideas, meanwhile, are being put forward by the alternative party candidates.

Ralph Nader issued a 10-point plan for economic recovery that highlighted fairness, accountability, transparency, and public input, and pointed out that he warned of taxpayer bailouts of Fannie Mae and Freddie Mac similar to the savings and loan crisis during his presidential run in 2000. His plan would make the United States a shareholder in any companies it resurrected, and allow people with bad mortgages to rent-to-own. Cynthia McKinney’s 14-point plan highlighted the need to restructure mortgages so as to keep people in their homes and sought to nationalize the Federal Reserve and do away with derivatives trading.

At a Ron Paul press conference earlier in September, the four third-party candidates (the four with their names on enough state ballots that they could potentially win a majority of the Electoral College) announced four principles of unity among them. In short, these were a quick end to the Iraq War, a restoration of privacy rights and civil liberties, an end to increasing our national debt, and a thorough evaluation and audit of the Federal Reserve system.

Nationally, Ralph Nader is polling at about 4%, while Bob Barr and Cynthia McKinney — both former Congresspeople from Georgia — are each polling at about 1%. Nader is polling at 6% in the battleground state Michigan, while Barr is toying with double-digit polling in New Hampshire, Nevada, and Ohio. In terms of fundraising, Nader has raised just over $3 million (he raised $4.6 million in 2004) and Barr has raised just under $1 million.The most telling numbers, however, are the new record low approval rating for President Bush (22%), and the embarrassingly low approval rating for Congress (15%).

The combination of fear — about the economy and the general direction of the nation — with the dissemination of bold new ideas through the democratizing forces of the internet is setting the stage for a voter revolt come November 4th. Where the two-parties always focus exclusively on election day as the day where citizenship begins and ends, any real change to the political system will require some idea of what to do the day after election day. Real citizenship happens between elections.