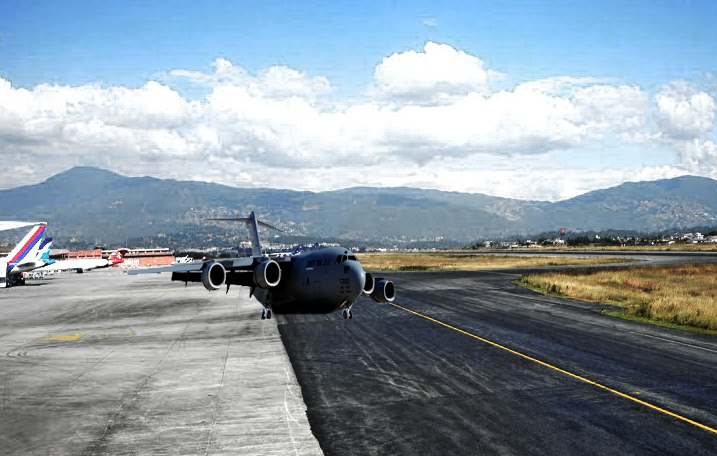 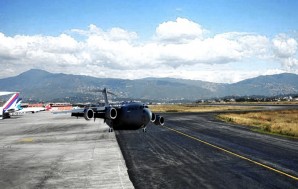 The United States Air Force special aircraft C-17, landed here at Tribhuvan International Airport at 2:30 PM and left the airport at around 5:10 PM on Thursday. Huge questions have been raised towards the US embassy in Kathmandu as well as to the government about the why and what cargo was unloaded here in Nepal?  With high question raised in media, the Government of Nepal and the US Embassy has so far remained silent over the issue.

According to sources, “The landing of the C-17 was informed 3 days prior to the Civil Aviation Authority of Nepal and ministries of Foreign Affairs and Defense. With regards to the safety and security of the consignment brought by the Flight a special team of Nepal Army officials and personnel had provided security to the plane after landing. The consignment was loaded directly to a pick-up van and in a car and was released from the airport premises. During the happening Nepal Police officials were not allowed to approach near the site.
The C-17 version of Military Cargo Aircrafts is being used by the US Army to deliver troops, weapons and military equipment around the globe

In January 25, 2008, there had been reports that a similar aircraft had landed at the Kathmandu unloaded a consignment of weapons.