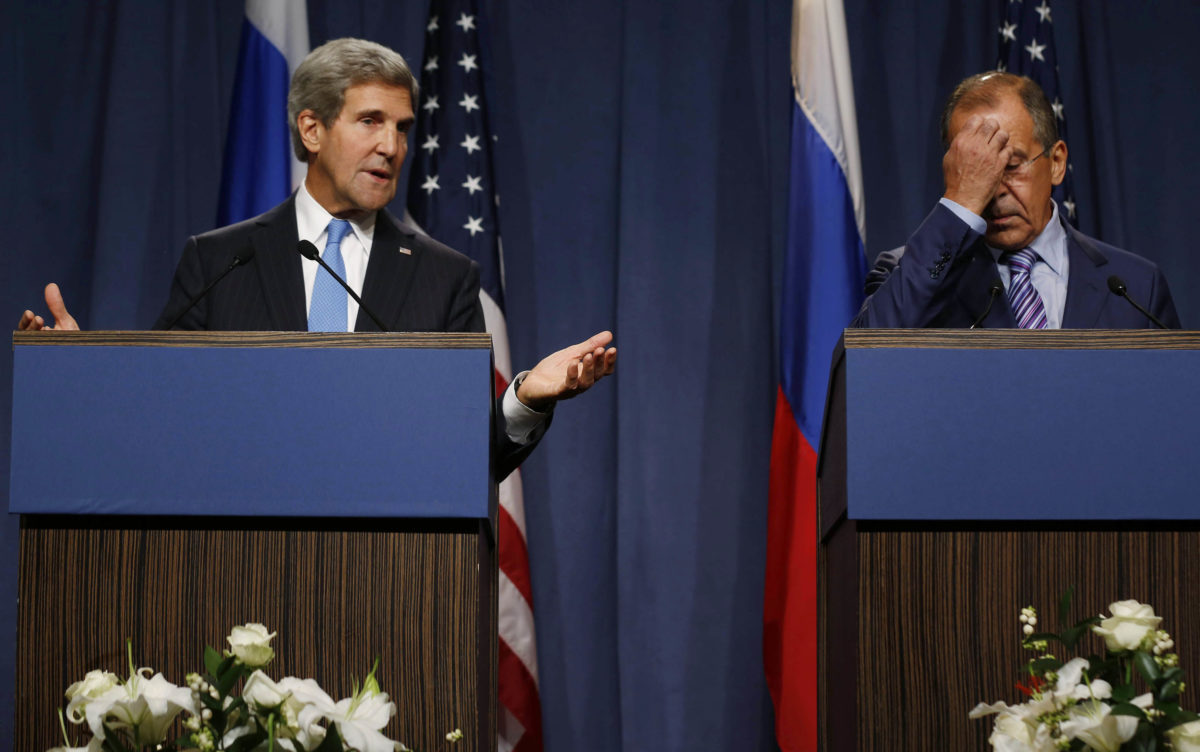 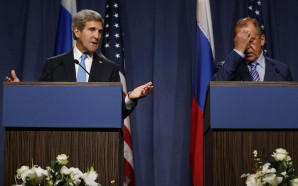 US allows non vetted citizens to work in its diplomatic facilities without requiring background checks? Unbelievable but true according to information made disclosed recently via the Congressional Record recently. Pictured here: US Secretary of State Kerry embarrassing his Russian counterpart in Geneva..

I was reading the Intelligence Authorization for 2014- 2015 today over my morning cup of coffee and ran across a section that indicates a possible security threat posed by non American citizens working at US Diplomatic Facilities in Russia.

The section will requires that locally employed staff be replaced by US citizens who have been properly vetted in terms of background check.

What is surprising is that anyone would think hiring non US citizens to staff diplomatic facilities in Russia of all places would be a good idea? Especially those who have not had to undergo a thorough background check of any kind?

(1) IN GENERAL.–The Secretary of State shall ensure that, not later than one year after the date of the enactment of this Act, every supervisory position at a United States diplomatic facility in the Russian Federation shall be occupied by a citizen of the United States who has passed, and shall be subject to, a thorough background check.

(2) EXTENSION.–The Secretary of State may extend the deadline under paragraph (1) for up to one year by providing advance written notification and justification of such extension to the appropriate congressional committees.

(3) PROGRESS REPORT.–Not later than 180 days after the date of the enactment of this Act, the Secretary of State shall submit to the appropriate congressional committees a report on progress made toward meeting the employment requirement under paragraph (1).

(b) Plan for Reduced Use of Locally Employed Staff.–Not later than 180 days after the date of the enactment of this Act, the Secretary of State, in coordination with other appropriate government agencies, shall submit to the appropriate congressional committees a plan to further reduce the reliance on locally employed staff in United States diplomatic facilities in the Russian Federation. The plan shall, at a minimum, include cost estimates, timelines, and numbers of employees to be replaced.

(d) Rule of Construction.–Nothing in this section shall be construed to infringe on the power of the President, by and with the advice and consent of the Senate, to appoint ambassadors, other public ministers, and consuls.”

Note: We called the US State Department to inquire as to the number of non US citizens working at its Diplomatic Facilities in Russia and in what capacity (i.e Janitors, cleaning staff, couriers, contract workers) and officials declined that request and refused to discuss the issue with what they call non approved media sources.

We also contacted the US Embassy in Moscow who also refused to discuss this issue citing security concerns.

Filed under: News, Politics
Share Tweet Pin G Plus Email
previous article: The Truth of Genesis: The Sad Truth of Christianity and Judaism – The Last Middle
next article: US to require each diplomatic facility in or around Russia undergoing construction to build a ” Sensitive Compartmented Information Facility” or SCIF room to prevent spying