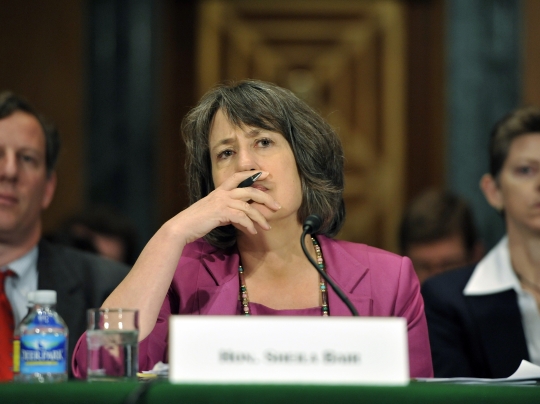 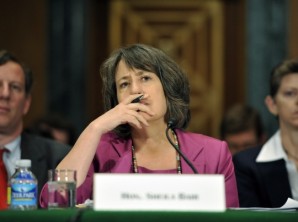 I was shocked to read the new book by Shelia Bair, former FDIC (Federal Deposit Insurance Corporation) Chairman recently called : “Bull by the horns – Fighting to save Main Street from Wall Street and Wall Street from itself”.

For those who don’t recognize the name Bair is a legend in the financial filed. Perhaps the most effective FDIC chairman in the history of our country.  She is also widely recognized in government circles and the media as one of the first people to identify and accurately assess the sub prime crisis in America.

The Federal Deposit Insurance Corporation (FDIC) is an independent agency created by the Congress to maintain stability and public confidence in the nation’s financial system by: 1) Insuring deposits, 2) examining and supervising financial institutions for safety and soundness and consumer protection, and 3) managing receiver ships.

In the epilogue of her book she laments the fact that since leaving the FDIC she “really doesn’t like to read the morning newspaper anymore” – its gotten so bad!

She then cited a couple of examples of what she calls her “Egregious Parade of horribles”:

“In October of 2011, MF Global, a $41 billion security and futures broker, went bankrupt, taking about $1.6 billion of misappropriated customer money  with it.”

These example highlight what she calls “continued abuse and flagrantly violations of the most sacrosanct of CFTC rules, which require futures firms to “segregate and protect their customers money”, she said.

She says “that a culture of greed ad shortsightedness continues to permeate our financial system, a culture that has infected even the best managed institutions and goes undetected by their executives and boards, as well as their regulators. Its a culture that reflects a craven desire for personal profit that overrides any understanding or care about harm to others. Indeed it is a culture that celebrates exploitation of an unwitting public for the sake of a fast buck. Its is a culture that could not care less about preserving a bank’s name and reputation or maintaining long term customer relationships. But should we be surprised? In 2008 and 2009, we bailed out the risk takers, coddled their managers and boards, heck we even made sure that the high flyers who brought AIG to their knees  got their year end bonuses. Enforcement actions, to the extent they have occurred, have been paid mostly by banks and their shareholders, not the individuals responsible. Small wonder that no one on Wall Street has learned a lesson given the hand slaps they received for the subprime mess”, Shelia Bair pg 362-363