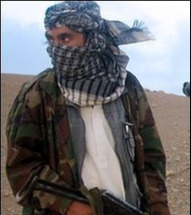 US funding our enemies in Afghanistan.

What follows are disturbing comments made by Senator Kelly Ayotte of New Hampshire regarding the problem of the US funding our enemies in Afghanistan, via the contracting process.

“When the United States engages in contracting overseas we must ensure our tax dollars do not end up in the hands of our enemies. Our troops should never have to worry that American tax dollars are funding those with whom they are fighting on the battlefield.

As we have conducted more rigorous oversight of U.S. contracting overseas, particularly where the U.S. has spent billions of dollars in Iraq and Afghanistan, it has become clear that acquisition laws and regulations–as well as existing oversight mechanisms within the Pentagon, the State Department, and U.S. Agency for International Development (USAID)–are dramatically insufficient to addressing the contracting challenges.

From 2002 to 2011, the Commission on Wartime Contracting conservatively estimated that $31 billion to $60 billion in contracts were lost to waste and fraud.

Even worse, the Commission found that the second largest source of income for insurgents in Afghanistan has been U.S. contracting dollars. Whether through negligence or the deliberate actions of malign actors, these contracts sometimes result in taxpayer funds being diverted to our enemies.

One of the reasons for this unacceptable situation was that our acquisition officials in Iraq and Afghanistan were often operating under laws and regulations that were designed for contracting in the United States during peacetime, not in Baghdad or Bagram during wartime.

As a result, once we discovered that a U.S. contract was allowing money to end up in the hands of our enemies, it would take far too long to terminate the contract and end the flow of contract funds to those who were opposing the United States.”

It is unknown how many US service members have died or been killed soldiers died because of this situation.

So much, I guess for freedom of the press.

See video: How the US Funds the Taliban http://www.youtube.com/watch?v=fncs91xtQjQ