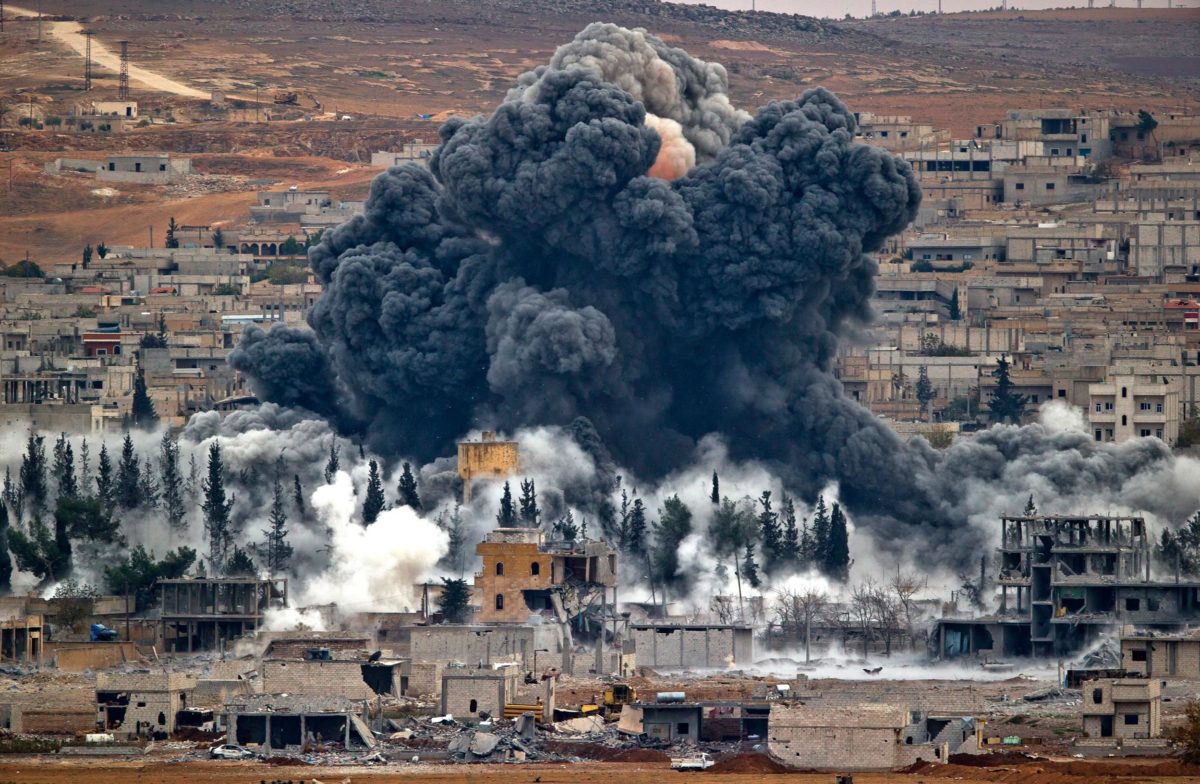 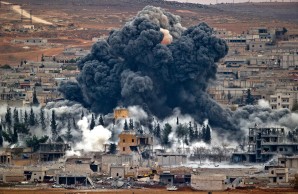 Massive air strike on a ISIS command and control center in Kobani, Syria.

On December 11, 2014 Rep. Lois Frankel of Florida asked and was given permission to address the US House of Representatives questioning the Congress’s lack of responsibility in matters of war and peace for 1 minute:

“Mr. Speaker, on August 8 of this year, we went to war with ISIL. Since that day, we have launched over 1,700 airstrikes, we have put thousands of men and women in harm’s way, we have committed billions of dollars, and the President has said this effort will take years.

Many of my colleagues and I have waited patiently for Congress to deliberate on the Authorization for Use of Military Force; yet all of these months later, we have not had a single debate. We recessed this summer without debate. We passed a defense bill last week without debate. And now, once again, we are leaving town without debate.

Mr. Speaker, it is the duty of this Congress to make determinations of war and peace, and we are shamefully ducking this responsibility. America deserves better.”

Note: Rep. Frankel is a member of the House Committee on Foreign Affairs –

The House Committee on Foreign Affairs considers legislation that impacts the diplomatic community, which includes the Department of State, the Agency for International Development (USAID), the Peace Corps, the United Nations, and the enforcement of the Arms Export Control Act. For more information on the committee please click here.

The subcommittee has jurisdiction over the following within the Middle East and North Africa: