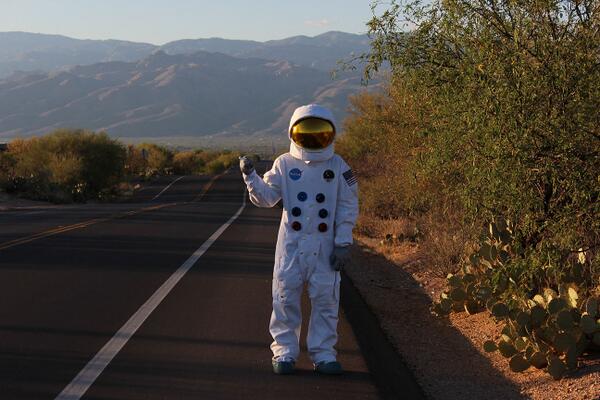 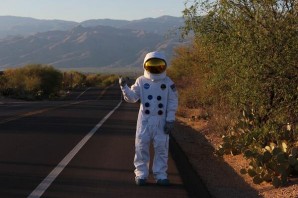 Thumbing a ride to space isn’t cheap for US.

On June 15, 2015 Senator Bill Nelson of Florida  asked for and was granted permission to address the United States Senate regarding America’s dependence on Russia and other nations to maintain our presence in space. Actually what he said was quite shocking and reveal the true extent of our nation’s dependency on others to get our astronauts to and from the international space station… as well how much we must pay Russia each time one of our astronauts needs a ride to space.

His unedited comments are as follows:

“Madam President, I wish to address the issue of America’s space program.

Some very disturbing news has come out over the course of the Appropriations Committee’s deliberations on the House-passed Commerce-State-Justice appropriations bill, which, it is my understanding, has passed the House.

It includes the funding for NASA. What is disturbing about it is that at a time when we are recognizing that Vladimir Putin is increasingly trying to thwart the interests of the United States with his aggressiveness and invasion of Ukraine, his threats to the Baltic States, his invasion of that part of Ukraine known as Crimea, and the various other semi-threats he has made to us, it would certainly seem to be in the interests of the United States that where we have a joint shared and mutually agreed-to space program which goes all the way back to 1975 when in the middle of the Cold War an American spacecraft rendezvoused and docked with a Russian spacecraft, Soyuz–and the Apollo-Soyuz mission made extraordinary political as well as scientific history for those two crews, led by Gen. Tom Stafford on the American side and General Alexei Leonov on the Soviet side.

After they docked, those two crews lived together in space for 9 days in the middle of the Cold War, 1975.

That set us on the course–with the Soviet Union still in existence–of starting to cooperate. We actually had an American space shuttle rendezvous and dock with the first Russian space station, MIR. From there, we went on to build the International Space Station with the Russians as well as a dozen other nations as our partners.

This space station, on orbit 250 to 325 miles high, is 120 yards long. In other words, if you sat at the 50-yard line in a football stadium, you would look from one goalpost to the other goalpost and that is how big this is, the International Space Station.

There are six human beings up there. There is an international crew. There are Russians, there are Americans, and from time to time there are Italians, Germans, French, Japanese–a whole host of nations that are our partners.

So it has been that as we built this space station, the Russians would launch on their Soyuz spacecraft, to and from the International Space Station, supply and human supply, and the Americans, who had the capacity of 45,000 pounds on the space shuttle, would take up the component parts of the space shuttle and assemble them in orbit. We continued that over the better part of a decade and a half, until the space station was complete.

In the interim, we lost 14 souls and 2 space shuttles, the last one of which was Columbia in the winter of 2003. The investigation board, led by Navy Admiral Gehman, said: As soon as you get the space station assembled–it was necessary to fly the space shuttle to take up the component parts–you shut it down and you replace the space shuttle with a safer rocket.

I won’t take the time right now to explain the engineering and design of the space shuttle versus the future rocket, but for this discussion, suffice it to say that when you put the crew in a capsule at the top of the rocket, they have the capability to escape, saving the crew, even if there is an explosion of the rocket on the pad because the capsule can separate with the escape rockets and land some distance away via parachutes.

By the way, one of those rockets under development right now just had its pad-abort test–SpaceX–and it was very successful.

I am giving all this background to get to what was almost a dagger in the heart coming out of the Appropriations Committee in both the House and the Senate, and that is, they have funded NASA fairly well given the fact that they are trying to cut in order to satisfy this tea party-inspired sequester, which is this cut across the board, but in doing so, what they have done is cut the development funds for the humans riding on American rockets to get to and from our International Space Station, the essence of which is that if those funding cuts the committee has done are sustained, it will delay us from putting Americans on American rockets going to and from the space station until, instead of 2017, very likely 2019.

Ask almost any American whether they want a successful American space program, and they will clearly tell you yes, and that means Americans on American rockets. We have those rockets. They are sending cargo to and from. But we have to go in and do the designs of the redundancies and the escape systems on these commercial rockets, the two companies of which in competition are Boeing and SpaceX.

Now let me get back to Vladimir Putin. Do we think it is a matter of wise public policy that we would continue our dependence on Vladimir Putin on our ability to get to our own International Space Station by having to ride and pay what he now charges–$75 million a ride per U.S. astronaut?

Do we think that is wise public policy given this President of the Russian Federation who is so predictable? I don’t think so.

So what the House did–the President’s request for this next round of competition–and they have come a long way. They are ready to go. I just said that one of the competitors, SpaceX, just did a pad-abort test by showing that the capsule could separate from the rocket and safely land 3,600 feet away in a splashdown with the parachutes.

It is not wise public policy to cut funding so this development of safe human space travel on these commercial rockets of Boeing and SpaceX–it is not good public policy, it is not in the interests of U.S. public policy that we would stay tied to Vladimir Putin in order to get to and from our own space station with astronauts.

It is just a small amount of money. The President requested for this next year of competition $1.24 billion to put in the redundancies and the escape systems and have them tested. It is a critical year. It is 2015. It is the middle of 2015.

We are going to start flying U.S. astronauts 2 years from now, in 2017. But when you start cutting that funding from the President’s request to $900 million, as the Senate Appropriations Committee just did last week, or to $1 billion, which the House has just done in the passage of their appropriations bill–when you do that, that is going to stretch out the development that it is very likely we can’t send our own astronauts to our own space station on our own rockets.

We will have to keep paying Vladimir Putin $75 million every time we go to ride on the Soyuz to go to our own space station. Now, you figure it out. How many rides is that over an additional 2 years? That is probably $300 million right there. That is only four rides, assuming he is going to be charging us in 2018 and 2019 the same price he is charging now. He could jack that up.

I think it was a sad day in the Senate Appropriations Committee when the committee turned down, by a very narrow vote of 14 to 12, Senator Mikulski‘s amendment to restore the cut from $900 million to $1.24 billion. Sooner or later, that appropriations bill is going to come out here. It has a lot of other problems, as every appropriations bill does, as the Senate is finding out on this Defense authorization bill right now–all the funny money that is baked into it because of this so-called sequester. But when it comes out here, I am going to ask the Senators: Do you think it is wise policy that we continue our reliance on Vladimir Putin?

As we have been doing the Defense bill, John McCain, our chairman, has been on a rampage against giving money to Vladimir Putin by virtue of us buying the Russian engine, which is a very good engine and which became an engine for American rockets, after the collapse of the Soviet Union, as a way of keeping their Russian–formerly Soviet–scientists engaged in an aerospace industry so they did not get secreted off to become scientists for rogue nations such as North Korea or Iran. But Senator McCain has pointed out–rightly this Senator believes–that you want to reduce your reliance on those Russian engines called the RD-180 that are the main engines for the Atlas V, one of the absolute prime horses in the stable for our assured access to space. If we are going to lessen our dependence on the Russian engine, why wouldn’t we lessen our dependence on Russian spacecraft being the only means by which we would get to orbit to our own International Space Station? The logic is too compelling. Yet it is this ideological furor that has lapsed over into partisanship that has so gripped these Halls of Congress into making irrational decisions.

I yield the floor.

I suggest the absence of a quorum.”