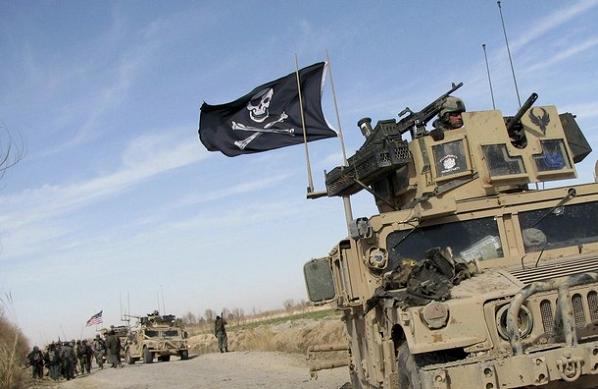 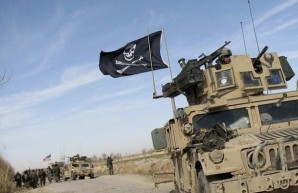 US troops deal with a roadside bomb in Afghanistan in 2012.

This report covers April 1 to September 30, 2014:
“With the recent signing of the bilateral security agreement and NATO status of forces agreement, we can now move forward in the planning and execution of our two important military missions in Afghanistan as we transition out of our combat mission,” said Pentagon Press Secretary Rear Adm. John Kirby. “In 2015, we will continue to train, advise, and assist the Afghan security forces as well as support counterterrorism operations against remnants of Al Qaeda.”
During the reporting period, several significant milestones set the stage for the post-2014 transition and an enduring U.S. – Afghanistan partnership. On May 27, 2014, President Barack Obama announced his decision on the post-2014 U.S. military mission in Afghanistan, contingent on a signed U.S.-Afghanistan bilateral security agreement (BSA) and North Atlantic Treaty Organization (NATO)-Afghan status of forces agreement (SOFA). On September 29, 2014, Dr. Ashraf Ghani was inaugurated as President and Dr. Abdullah Abdullah was sworn in as Chief Executive Officer, a new position established in the national unity government. The day following President Ghani’s inauguration, representatives of the U.S. and Afghanistan signed the BSA and representatives of NATO and Afghanistan signed the SOFA.
The Afghan National Security Forces (ANSF) have increasingly demonstrated their ability to plan and conduct independent and combined operations that employ multiple capabilities, to disrupt the insurgency, and to protect the populace. They successfully secured the April national elections and June presidential runoff with minimal support from the International Security Assistance Force.
“The ANSF have done an exceptional job being in the lead in providing security for not one but two elections and put the Taliban on their heels during this fighting season. There’s still work to be done, but that is the purpose behind our future mission,” Kirby added.
The Taliban continued to test the ANSF, but were unable to hold any significant terrain and were consistently overmatched when engaged by ANSF, sometimes enabled by coalition air and intelligence support.
The Afghan people, the Afghan government, and the international coalition have made significant progress over the last decade. Work remains after 2014 to develop the capacity of the Afghan security institutions, sustain the ANSF and close ANSF capability gaps. The coalition is well-postured with a capable and willing Afghanistan partner for the Resolute Support mission.
The report is posted at www.defense.gov/pubs/Oct2014_Report_Final.pdf.

Filed under: News, World
Share Tweet Pin G Plus Email
previous article: US targeting “remnants” of Al-Qaeda as it transitions out of its combat mission in Afghanistan
next article: “Many veterans and their families are still struggling with side effects from their exposure to Agent Orange during the Vietnam War”, warns Senator Moran