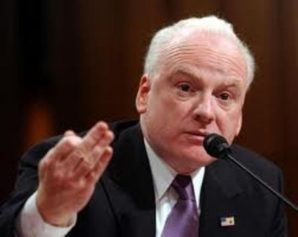 Richard Clark’s interview revealed the US was behind attack on Iranian nuclear sites.

Richard Alan Clarke is the former National Coordinator for Security, Infrastructure Protection, and Counter-terrorism for the United States.

“Alone or with Israel?” the reporter asked.

“I think there was some minor Israeli role in it. Israel might have provided a test bed, for example. But I think that the U.S. government did the attack and I think that the attack proved what I was saying in the book [which came out before the attack was known, which is that you can cause real devices—real hardware in the world, in real space, not cyberspace—to blow up”, he said.

“The U.S. government is involved in espionage against other governments,” he said flatly.

“There’s a big difference, however, between the kind of cyber-espionage the United States government does and China. The U.S. government doesn’t hack its way into Airbus and give Airbus the secrets to Boeing [many believe that Chinese hackers gave Boeing secrets to Airbus]. We don’t hack our way into a Chinese computer company like Huawei and provide the secrets of Huawei technology to their American competitor Cisco. [He believes Microsoft, too, was a victim of a Chinese cyber con game.] We don’t do that.”

“We hack our way into foreign governments and collect the information off their networks. The same kind of information a CIA agent in the old days would try to buy from a spy.”

“So you’re talking about diplomatic stuff?”

According to Clarke: Stuxnet is a “digital ghost”, countless lines of code crafted with such genius that it was able to “worm” its way into Iran’s nuclear fuel enrichment facility in Natanz, Iran, where gas centrifuges spin, separating bomb-grade uranium-235 isotopes from the more plentiful U-238.

“Clarke is not one to make baseless allegations. He is one of the smartest men on the planet”, says Thomas Dunn, a counterterrorist expert in Charlotte. “I am surprised he would say it, or admit the US did it, because what he is saying is that we are engaged in a covert war in Iran. What Stuxnet was is a act of war by any definition”, he says.

Stuxnet seized the controls of the machine running the centrifuges and in a delicate, invisible operation, desynchronized the speeds at which the centrifuges spun, causing nearly a thousand of them to seize up, crash and otherwise self-destruct. This resulted in millions of dollars in damage.

The Natanz facility was temporarily shut down, and Iran’s attempt to obtain enough U-235 to build a nuclear weapon was delayed by what experts estimate was months or even years.

From an interview with Ron Rosenbaum in Smithsonian Magazine (see: http://www.smithsonianmag.com/history-archaeology/Richard-Clarke-on-Who-Was-Behind-the-Stuxnet-Attack.html?c=y&story=fullstory