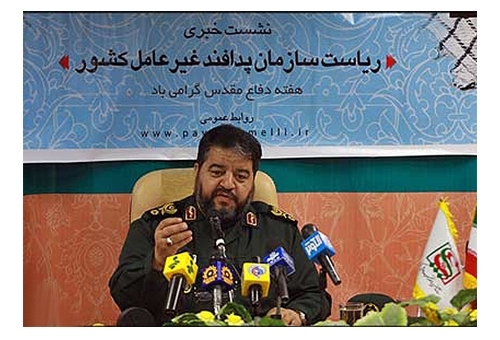 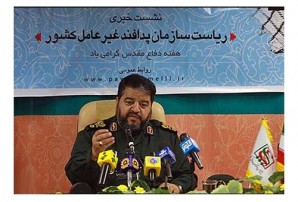 “The Americans want to pose for an anti-terrorism gesture despite the fact that the US is itself the creator of terrorism,” the General patiently explained. A possible reference to US support of terrorist rebels and foreign fighters in Syria as part of the so called “Free Syrian Army” which is known for committing all sorts of war crimes against innocent civilians – with your tax dollars I might add! A fact that really pisses me off to think about.

The Head of Iran’s Civil Defense Organization Brigadier General Gholam Reza Jalali lashed out at Washington for supporting the Islamic State of Iraq and the Levant (ISIL) terrorist group which is threatening the entire region, saying “the US is not serious in its so-called war on terrorism”, according to Fars News Agency.

“The US-led coalition against the ISIL is a theatrical move,” Jalali said, addressing a ceremony in the Northern city of Gorgan on Saturday afternoon.

“The Americans want to pose for an anti-terrorism gesture despite the fact that the US is itself the creator of terrorism,” he added.

The Generals remarks are not as crazy as they may seem given the fact that the US helped train many ISIS fighters in Jordan to begin with.

A fact the US is loath to admit for obvious reasons. I suspect if the American public knew all the details of CIA and the US military involvement in funding Free Syrian Army terrorism in Syria they would riot in the streets and demand many prominent  congressional leaders immediately resign.

Elaborating on Iran’s measures to confront any possible threats posed by the ISIL, Jalali said, “If any danger threatens us, the ISIL or others, the Armed Forces, including the Army, the Islamic Revolution Guards Corps (IRGC) and Basij (volunteer), will be fully ready to respond to the threat.”

In relevant remarks earlier this month, Iranian Foreign Minister Mohammad Javad Zarif questioned the US seriousness in its so-called war on terrorism.

“Owing to their double-standards, the Americans have not been so serious in fighting the ISIL by today; they supported the ISIL in Syria in different forms for a long time and now cannot decide what to do with the slogans they have chanted for such a long time,” Zarif said in an interview with Iran’s state-run TV, referring to the United States’ stated policy of support for anti-Damascus militant groups to topple President Bashar Al-Assad’s government.

“The ISIL is a dangerous group that one day endangered Iraq and then Syria and again Iraq and this danger will threaten other regional states and maybe the entire region tomorrow,” he warned.

With all that being said it should be understood that Iran is also a state sponsor of terrorism.

Its hands are bloodied also! So it is hypocritical for the pot to be calling the kettle black.  We reached out to the Iranian officials about this matter of funding terrorism and our emails and messages through intermediaries in Europe and our messages were not responded to. Apparently the Iran’s have no comment on that…which I find very curious, very curious indeed.