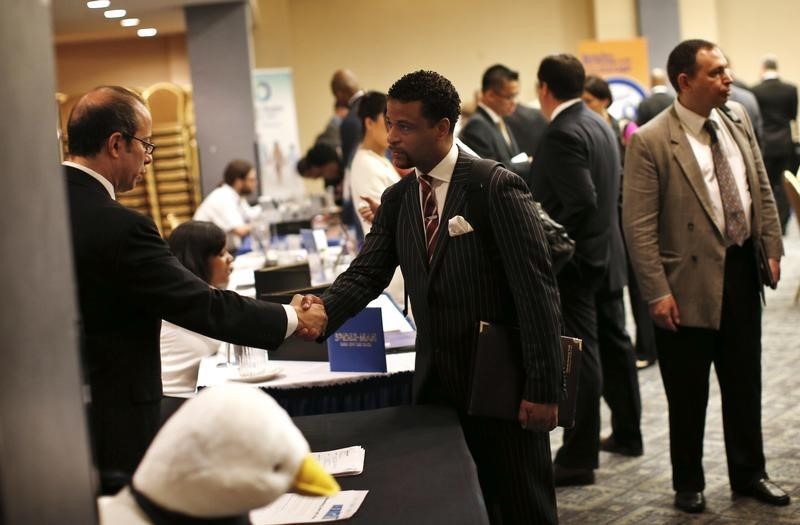 Last week, there was an unexpected fall in the number of Americans who filed for unemployment benefits. This points to the strength of the labor market that will keep the interest rate hikes of the Federal Reserve on the table this year. On Thursday, other data showed a contraction in the factory activity in the mid-Atlantic region at a slower rate in this month thereby hinting a rise in the wage growth. However, further declines in employment and new orders in the struggling manufacturing sector tempered the signs of stabilization. According to some economists, the economy is doing considerably well even though most markets don’t believe that.

They said that another rate hike couldn’t be ruled out at the March meeting as the market turbulence is fading and the economic outlook is positive. The latest forecasts of the economists had predicted the number of claims to reach 275,000 in the recent week. However, the moving average of claims spread over four weeks, which is deemed as a better and more reliable measure of labor market trends as it eliminates the week-to-week volatility, saw a decrease of 8000 last week as it reached 273,250. In another report, it was stated by the Philadelphia Federal Reserve that the business activity index reading had been -3.5 in January, but it increased to -2.8 in this month.

The index has been negative consecutively for the last six months. There was little impact on the US stocks by the report, which had slipped after a drop in earnings was reported by Walmart and it had reduced its full-year forecast. There was little change in the dollar against a basket of currencies. There was a rise in prices of US Treasuries. Whether the rates are increased by the Federal Reserve this year or not can depend on the health of the job market. In December, the US central bank had increased its benchmark overnight interest rate, which was the first in a decade.

Amidst the declining financial market conditions and the issues about the US and global economies, the bets for an increase in the rate in March have been mostly eliminated. James Bullard, the St. Louis Fed President and also a voting member of the policy-setting committee of the Fed this year, stated on Wednesday that raising rates continuously would be unwise due to the reduced inflation expectations and the recent turmoil in the stock market.

Since the recent and massive sell-off in the stock market, claims have been monitored rather closely for any indications of a rise in layoffs. According to a recruitment specialist from Spotlight Recruitment, there is no indication that companies have decided to reduce headcount in order to respond to the tighter conditions in the financial market. The number of claims has now gone below the threshold of 300,000, which is considered as an indication of a strong labor market for 50 weeks consecutively. After the early 1970s, this is the longest stretch. This claims data also included the survey period for the nonfarm payrolls for February.

Between the survey periods of January and February, there was a 12,000 decline in the four-week moving average of claims, which suggests an acceleration in job growth. In January, there was a rise in nonfarm payrolls by 151,000. As per economists, the decline in claims was consistent with job gains in February that amounted to 200,000. This decline in the jobless claims is considered a welcome development as there is already elevated anxiety about the state of the global economy and there have been mixed interpretations of a number of domestic economic indicators. It was shown by a third report that there was a decline in the leading economic index of the Conference Board in January. Due to volatility in the stock market, this has happened for the second straight month.

A weak demand globally and a strong dollar is buffeting the economy, which have put manufacturing on the ropes. Growth has also suffered due to sharp spending cuts by energy firms as oil prices are on a decline and the increased efforts of businesses to sell inventory. It was revealed by the Philadelphia Fed survey that inventories and orders shrunk in factories in southern New Jersey, Pennsylvania and Delaware. While there was a growth in shipments, it had slowed down significantly from January and the delivery times were reduced even more as opposed to the previous month.

While a decline in the number of hours worked and employment was reported by factories, it was expected by firms to see a 3% rise in employee compensation in the next four quarters, which includes wages and benefits. These numbers will explain the Fed’s claims of labor shortages shrinking margins and increasing labor costs. It is bound to happen as most firms in the survey are expected to reduce the number of hours worked by employees and not add more workers.