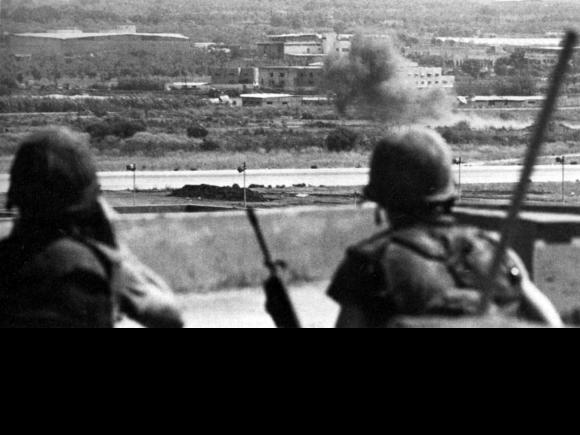 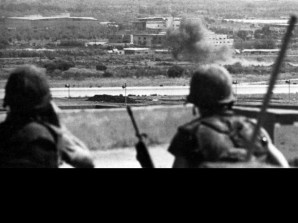 US marines cautiously watch fighting between Lebanese Christians and Muslim factions just weeks prior to the truck bombing in Beirut in October 1983 that killed 241 Marines and wounded 60.

Richard A. Clarke served the Pentagon, the State Department, the intelligence community and the National Security Council for thirty years. He also served eleven years consecutively at the White House on national security under three presidents.

Clarke has been described as scary intelligent. He was also considered the E.F. Hutton of the intelligence community “when he spoke people listened.”

In his book “Your Government Failed You – Breaking the Cycle of National Security Disasters” he describes the 1983 Beirut bombing of Marines in Lebanon this way:

“A US Marine force was landed with an unclear mission, imprecise rules of engagement, and no clear strategy. It operated as part of a multinational force that also included Italian, French and British forces. The Secretary of Defense, Casper Weinberger, objected on behalf of the Pentagon, but was overruled by the President. There was little national debate over what seemed likely to be a small, quick peacekeeping operation.

Through 1983, the Marines came to be seen as allies of the Lebanese Christian faction fighting Lebanese Muslims. Despite receiving mortar fire and sniping attacks, the Marines weren’t allowed to respond aggressively because of the rules of engagement the operated under while participating in a peacekeeping mission.

The operation drew an Iranian backed Hezbollah terrorist attack on the Marine base in Beirut in October 1983. The truck bomb killed 241 Marines and wounded 60. Reagan was forced to explain to the American people what US forces were doing in Lebanon in the first place. In a prime time television address he mentioned, among other reasons, the oil in the region. (Lebanon and the countries it borders in the Levant region in fact have little or no oil).”

See: Your Government Failed You: Breaking the Cycle of National Security Disasters http://www.amazon.com/Your-Government-Failed-You-Disasters/dp/B003JTHSR2

Filed under: Military, News
Share Tweet Pin G Plus Email
previous article: IKF Technologies Limited Trading On BSE
next article: Has the Obama administration ever armed ISIS with lethal weapons? Inquiring minds would like to know!