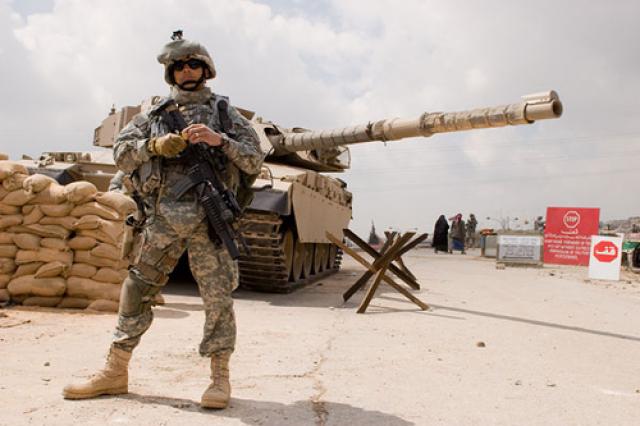 The Pentagon is on a mission to tell “the full story” about Iraq, in order to avoid sharply critical portrayals such as those that proliferated after the Vietnam War.

Hollywood has benefited from the Army’s assistance for decades, and the military continues to give select filmmakers access to equipment and script advice, provided that they address certain issues in their scripts.

The Los Angeles Times details the work of Army Lt. Col. J. Todd Breasseale, who reviews scripts about the Iraq War in order to determine which films will receive U.S. military assistance.

But some filmmakers raise concerns about censorship.

In 2006, the documentary “Baghdad ER” came under pressure from the Pentagon when the army secretary demanded that the makers agree to last-minute changes, despite having cooperated with filmmakers during production.

“Somebody wearing a tie and not a uniform seems to have a political agenda and is trying to influence this film,” the film’s director, Jon Alpert, told The Guardian.

Paul Haggis, who directed the 2007 war movie “In the Valley of Elah,” says he initially approached the Army but concluded it was not committed to telling honest stories about the war.

Breasseale counters that it is the filmmakers who are biased. “There doesn’t seem to be a lot of room for nuance,” he said.

Recent months have seen a slew of releases about the war, including “Stop-Loss,” starring Ryan Philippe as a returned soldier who is ordered back to Iraq.

However, few Iraq war movies so far have found a sizeable audience. The American Prospect blames the collective box office failure of Iraq War movies on deficiencies in “cinematic art and storytelling” rather than lack of audience interest in the subject.