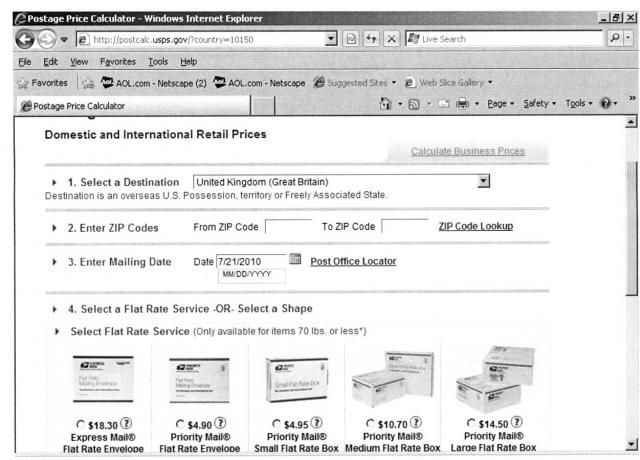 While using the US Postal Service’s website at www.usps.com to calculate postage for a price quote in my business, I discovered what many had long suspected. The US government regards the United Kingdom as "Destination is an overseas U.S. Possession, territory or Freely Associated State."  I suppose that is what is meant by the vaunted "special relationship" between the two countries.  This is a relationship resembling that of a poodle and its master.

Let’s see if the new Prime Minister David Cameron changes this relationship, unlike the Bush and Obama lapdogs Blair and Brown.  He has made a tentative first step by calling for British forces to leave Afghanistan in five year.  Mustn’t rush, must we.