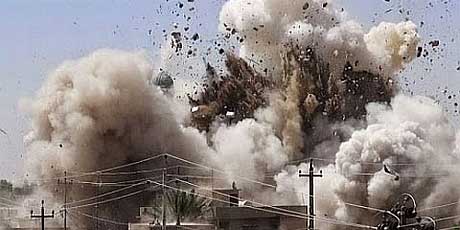 An ISIS command node gets blown to hell in Iraq!

A summary of the strikes conducted (since the last press release):

Filed under: News, Violence
Share Tweet Pin G Plus Email
previous article: Japan reacts to latest ISIS murder with anger, calls of revenge, with some going so far as calling for a formal declaration of war
next article: Putin comments on the liberation of Auschwitz concentration camp on January 27 1945