US Senator Lisa Murkowski claims that the United States and Russia should boost cooperation in the Arctic under the administration of President Donald Trump.

The United States and Russia should boost cooperation in the Arctic under the administration of President Donald Trump, US Senator Lisa Murkowski, who represents the state of Alaska, told Sputnik on Friday. 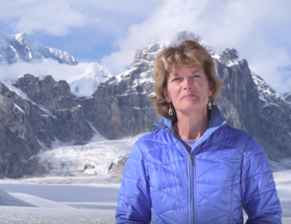 “My hope is that, when it comes to the Arctic, there is more cooperation. We have other areas, other issues where things are very rocky with Russia right now,” Murkowski said when asked how cooperation will be influenced by the new US administration.

The senator noted, “When it comes to the Arctic, it’s a different space for working with Russian partners.”

She added that Russian parliamentarians were present at the February 24 meeting of the Standing Committee of the Conference of Parliamentarians of the Arctic Region (CPAR) in Anchorage.

“We talked about levels of cooperation when it comes to search and rescue exercises, oil spill prevention exercises, the cooperation, if you will, in areas of scientific research,” Murkowski said.

At the same time, the special commission under the UN Convention on the Law of the Sea is generally satisfied with the documents provided by Russian scientists confirming the rights of the country to the declared maritime territories.