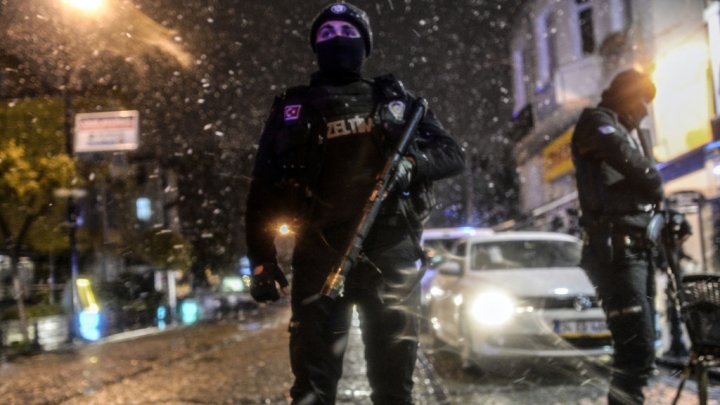 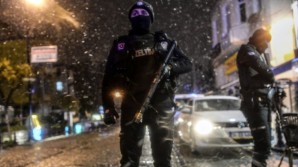 On January 20, 2015 the US Senate passed a resolution condemning the terrorist attacks in Paris:

The PRESIDING OFFICER. The clerk will report the resolution by title.

A resolution (S. Res. 29) condemning the terrorist attacks in Paris, offering condolences to the families of the victims, expressing solidarity with the people of France, and reaffirming fundamental freedom of expression.

Mr. McCONNELL. Madam President, I ask unanimous consent that the resolution be agreed to, the preamble be agreed to, and the motions to reconsider be considered made and laid upon the table with no intervening action or debate.

The preamble was agreed to.

(The resolution, with its preamble, is printed in today’s Record under “Submitted Resolutions.”)

“Whereas, on January 7, 2015, armed gunmen violently attacked the offices of the French newspaper Charlie Hebdo in Paris, killing 12 people and injuring at least 11 others;

Whereas, on January 9, 2015, two suspects in the Charlie Hebdo attack were killed after taking hostages in a printing firm and firing at police;

Whereas, on January 9, 2015, another gunman perpetrated an anti-Semitic attack on Hyper Cacher, a kosher supermarket, killing four of 19 hostages before French police stormed the building and rescued the surviving hostages;

Whereas President of the Republic of France Francois Hollande condemned these events as a terrorist attack on the French Republic as a whole and called for a day of national mourning to honor the lives of the courageous political cartoonists, columnists, police officers, and others who were killed and injured;

Whereas the Republic of France is America’s oldest ally, and the people of the United States owe France an eternal debt of gratitude for our independence and freedom;

Whereas the people and Governments of the Republic of France and the United States have stood shoulder to shoulder throughout history to defend our shared democratic ideals and values;

Whereas the Universal Declaration of Human Rights, adopted by the United Nations General Assembly on December 10, 1948, holds that “everyone has the right to freedom of opinion and expression; this right includes freedom to hold opinions without interference and to seek, receive and impart information and ideas through any media and regardless of frontiers”;

Whereas the show of solidarity from hundreds of thousands of people in the Republic of France, the United States, and worldwide under the banner “Je suis Charlie” (“I am Charlie”) makes known that the international community of nations stands together to reaffirm freedom of expression and to denounce terrorism;

Whereas Muslim majority nations around the world, including Jordan, Saudi Arabia, Egypt, Turkey, Malaysia, Morocco, Iran, Lebanon, Indonesia, Bahrain, Morocco, Algeria, and Qatar, and leading institutions such as the Arab League, Egypt’s al-Azhar University and the Organization of Islamic Cooperation have all condemned and rejected these terrorist attacks as contrary to the Islamic faith;

Whereas, on Sunday, January 11, 2015, more than 40 world leaders and 1,000,000 people gathered to march in Paris honoring the victims of the terrorist attacks;

Whereas the outpouring of support from people around the world reveals that an attack on the free press in the Republic of France is an attack on human liberties; and

Whereas the people and Government of the United States stand in solidarity with our French allies and renew our common support for democracy and freedom, including freedom of the press and freedom of religion: Now, therefore, be it

Resolved, That the Senate–

(1) condemns the terrorist attacks and cowardly murders at the offices of the French newspaper Charlie Hebdo and kosher market Hyper Cacher in Paris;

(2) expresses its deepest condolences to the families of the victims of these attacks and to the Republic of France;

(3) expresses our solidarity with the people of the Republic of France and pays tribute to our shared values, ideals, and liberties, including the freedom of thought and expression and freedom of the press;

(4) recognizes the statements from Muslim majority nations and leaders across the world that terrorist attacks purportedly conducted in the name of Islam such as the attacks in Paris are an affront to the Muslim faith; and

(5) reaffirms our support for the Government of France to bring the perpetrators of this violence to justice and to prevent future attacks.”

Filed under: News, Terrorism
Share Tweet Pin G Plus Email
previous article: Rep, Jackson Lee calls ISIS a “group of thugs who are willing to do anything for money to promote their evil and dastardly acts”
next article: Pulling the blanket off the “caged bird” in Cuba