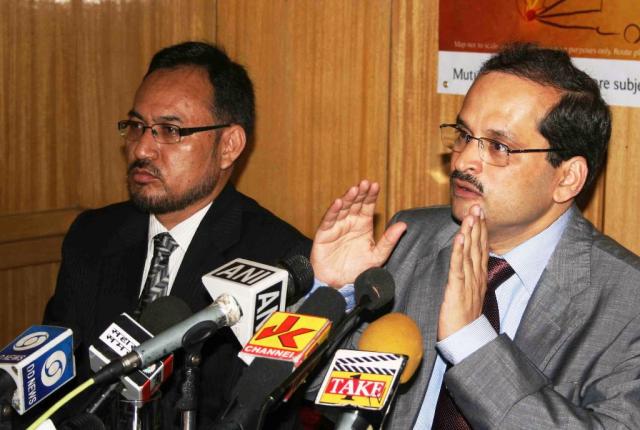 , July 31 (Scoop News) –  UTI Mutual Fund today flagged off its second UTI Knowledge Caravan from as a part of its Investor Education Initiative called “Swatantra”. The Investor Education initiative is in partnership with Ministry of Corporate Affairs, Government of India.

Addressing the media  Debashish Mohanty, Country Head Retail, accompanied by S. Ganesh Senior Vice President & Ashok Kumar Regional Head said that this Caravan will cover the states of Jammu and Kashmir, Punjab, Haryana, Delhi, Uttar Pradesh, Madhya Pradesh, Maharashtra, Andhra Pradesh, Karnataka, Tamil Nadu and will complete its journey at Kanyakumari. During its journey it will cover more than 3000 kms in about 100 days. Investors meets will be held in all the major cities and towns.

As a part of the UTI MF’s Investors Education Initiative three UTI Knowledge Caravans will travel through the length and breadth of to impart financial literacy. The first caravan was flagged off from Porbandar on July 10, 2010. While the second caravan was flagged off today from and the third caravan will start from Ghuwahati. All the three caravans will end their journey at kanyakumari.

Debashish Mohanty, Country Head Retail said, “Swatantra’ is ’s journey to financial freedom and is the largest investor campaign in the country which will cover a total distance of over 9500 kms. The Investors Education initiative will be conducted in 10 languages. The campaign aims at inculcating financial literacy to potential investors which help them to take informed decisions.”