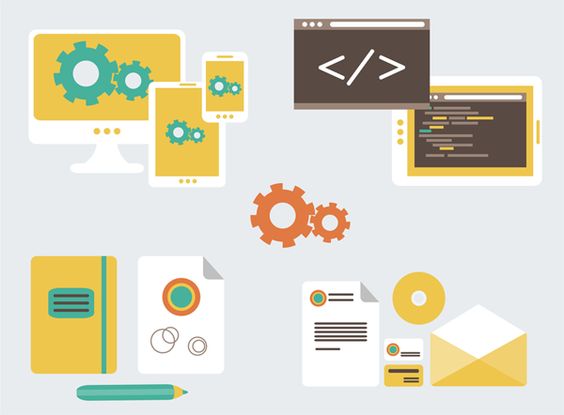 Whenever a new website is to be created, backend development plays a pivotal role. Frontend and backend are equally important for web development, however, the code generated at the backend interacts with the server, and displays data and content to users. In other words, the backend code is responsible for dealing with the application as well as the server database. This combination makes it important and complex at the same time.

Why is Backend Development Important?

The three essential components of backend development are the database, the server and the application. Backend development is the creation of a structure that allows the sharing of information across users. Without it customers would never be able to use the website. A website can have a stunning design, but if the application doesn’t work, then its development is an exercise in futility. If backend code is not written or implemented properly, bugs and errors will cause a website to crash.

The Role of a Backend Developer

The role of the back-end developer is crucial in establishing communication between the presentation layer and the business layer. To begin with, development of the presentation layer can be split into two tasks: a) handling the markup, styles and client-side scripts, and b) data models and business logic. So, the backend developer generally has to work on the business layer and the database layer.

Normally, a database administrator creates a database model for the business layer, and must be familiar with the business rules. After integrating these, the developer has to work on the presentation of data.

A backend developer is also expected to build reusable code for future use, maximum optimization and scalability, security and data protection, and incorporation of a data storage solution.

Different technologies meet different business needs, so identifying their respective advantages helps to make an informed decision. In general, .NET is considered a better option for developing a versatile and commercial web application. When it comes to Big Data analysis, Python is a much-recommended choice. It is used in developing applications as complicated as forecasting weather patterns. If the requirement is the criticality of enterprise-level security for a business-to-business application, Java is the preferred technology. So, it is the evaluation of problems that decides which technology is to be used.

The ideal back-end technology requires a robust knowledge of frameworks, languages, servers and so on. Sometimes the choice of the language or technology will depend on the extent of technical capability of the team. If the availability of a specific skill-set for a particular technology is not met, the developers are forced to use the one that is most known by the team. Apart from that, the cost of the team is another factor as some skills that are in high demand are also high in cost.

Given that backend development is such a big area, so too is the range of technologies that are used in it. First of all, using a web framework is underlined. The reason for this is that it helps solve many web development problems and at the same time it provides a sound file structure to work with. The following technologies and frameworks are widely used today for back-end development:

Microsoft’s .NET is the platform most widely used for business applications that run on the MS Windows operating system. .NET being largely controlled by Microsoft, it is a closed source technology. Therefore, if we choose ASP.NET, it will require a Windows server, as other platforms are not as compatible with Windows libraries. As ASP.NET is not a language but a framework, it is fully compatible with Visual Basic, C# and Java.

PHP is one of the most widely used languages for back-end web development and almost all  web hosting services come with a pre-installation of PHP. The syntaxes used in PHP are quite similar to that of C and Java. PHP, however, was started as a procedural language and its final transition in version 5 made it a true object-oriented language.

Python is predominantly an open-source high-level programming language, mainly utilized by the scientific community. It has many positive characteristics, including code readability, portability, concise codes, and a comprehensive standard library. It also possesses a dynamic type system, along with automatic memory management. It is ideally suited for those applications that run in the cloud. The framework of Python is based on Django, which has been used to power high-profile startups like Pinterest, Instagram and EventBrite.

Ruby is a general purpose programming language, which was designed as a fun language. It is dynamic, reflective and focusses on productivity with refined syntax. Ruby is predominantly an object-oriented language that possesses a significant number of libraries known as “gems”. Gems allow the reuse of code, helping developers to program faster.

“Ruby on Rails” is the most widely used framework for Ruby.  However, for smaller projects, the micro-framework called “Sinatra” is more popular.

Java is a widely known general-purpose programming language that is object-oriented, and its purpose is to use very few implementation dependencies. It was built on the premise of “write once and run everywhere”.  The huge adoption of Java is due to the robust nature of its documentation, libraries, and frameworks. Most of these features are specifically built for e-commerce, security, concurrency, and addressing complex architecture. Java is widely used for Android devices.