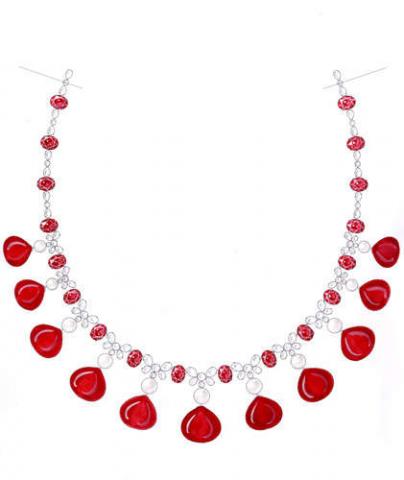 Paris -based fine jeweler Van Cleef & Arpels shows its confidence in the Chinese luxury market by launching a China-exclusive collection in early June.

"According to our research, Chinese consumers like to spend money on expensive jewelries, autos and art pieces," she said.

She also mentioned a trend that differs China from Europe.

"Successful Chinese women are interested in buying themselves expensive jewelries as rewards, and they opt for unique,original designs," she said. While in Europe, since jewelries are usually bought by men for women as gifts, "men like to choose classic styles and they buy very few," she added.

Van Cleef entered China three years ago with only one store in Beijing, now it’s planning to open two other stores later this year in Hangzhou and Shanghai respectively.

Van Cleef is not alone. Coach’s CEO Lew Frankfort previously said the company would consider a further expansion in mainland China due to a 30 percent growth in sales in the first three months of this year despite the global recession.

Luxury dealers are also busy extending their businesses in lower tier cities throughout China as sales have been shrinking in top tier cities like Shanghai and Beijing due to the economic downturn.

For example,Wuxi city of Jiangsu province will have its first high-end shopping mall in July. The shopping mall, designed by Miami-based design house Arquitectionca, will be home to top brands like Dior, Lanvin and Prada.