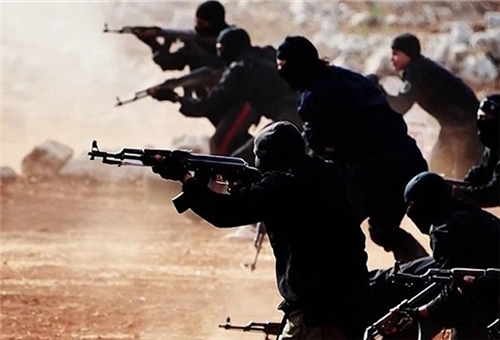 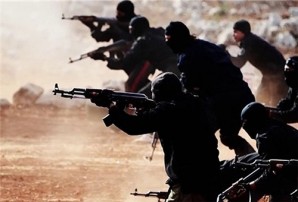 Heated battles erupting between various terrorist factions of the Free Syrian Army in places like Benish in Idlib.

FARS news agency is reporting that tens of thousands of rebels in Syria are actively killing each other in pitched battles to gain control over certain territories in Syria.

The town of Bensh in Idlib countryside was the scene of heavy clashes between the militants of the Islamic State of Iraq and the Levant (ISIL) and so called Free Syrian Army on Sunday and Monday, FNA dispatches said.

The clashes erupted after the ISIL took hostage several FSA militants in Bensh town and used them as human shields during its withdrawal from the town. Reports also suggest the groups are in disagreement over whom might speak for and rule Syria when Assad is toppled.

The al-Qaeda affiliates are beginning to assert themselves more and more by pushing out other terrorists factions of the FSA – resulting in running gun battles between the various groups.

“It’s a freaking mess”, said one Syrian civilian caught in the crossfire between the various groups who communicated via an intermediary on Facebook. “You have radical Islamist on all sides – accusing each other of not being faithful in their interpretations of Islam and their respective duties to kill anyone they think are opposing them. You also have conflict arising as the groups are now arguing over who has the right to  impose taxes on the population in the form of extortion that must be paid on food and water and other necessities of life”,  he explained. “That is when they (FSA) are not busy robbing, raping  and killing people.”

Filed under: News, Violence
Share Tweet Pin G Plus Email
previous article: U.S. may be continuing its support of al-Qaeda in Syria via Saudi Arabia and doesn’t seem to realize it?
next article: BSNL initiates various measures to improve customer satisfaction