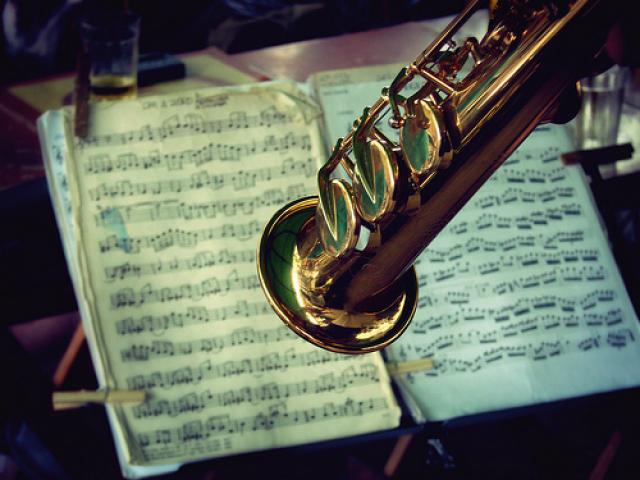 This is a two-part series highlighting tributes to two Venezuelan artists.

Late 2007 and early 2008 were two periods of loss for the Venezuelan cultural soul with the passing of two prominent personalities both in music and literature. The death of Aldemaro Romero in September 2007 and Adriano González León in January of this year, left a vacant space in all that saw themselves and their identity reflected through these artists’ expressions. Although both losses had taken place months ago it seems that March gathered people in order to pay homage and bid farewell to these artists. Concerts, lectures and different activities in the publishing space demonstrated the will of keeping the heritage alive of this two personalities, recognizing remarkably that what the soul does for the body is what the artists do for their people. (*)

A variety of bands, orchestras, concerts and the presentation of the book: Meeting with the people, finished little before his death, were some of the ways that the art of Aldemaro Romero was remembered. According to Wikipedia, “Romero was a prolific composer, creating a wide range of music, such as Caribbean, Jazz, Venezuelan waltzes, including works for orchestra, orchestra and soloist, orchestra and choir, chamber music, up to symphonic works of great dimensions[…]Romero was the creator of a new form of Venezuelan music, known as “New Wave” (Onda Nueva), derived from the joropo and influenced by Brazilian Bossa Nova. He also had an important role in the field of learned music. In 1979 founded the Caracas Philarmonic Orchestra, of which he was the first Conductor. He also conducted the London Symphony Orchestra, the English Chamber Orchestra, the Orchestra of the Romanian Radio/TV and the Royal Philarmonic Orchestra. He was the father of Aldemaro Romero, Jr., who is a renowned biologist in the United States and a leader in Cave fish and Marine Mammal research and Ruby Romero de Issaev, producer and marketing director for Arts Ballet Theatre of Florida in Miami.

The Venezuelan blogosphere also took part in the homage and bidding farewell by analyzing the influence of this composer in Venezuela’s culture and contemporary music.

[Aldemaro Romero] marked an important time in Venezuelan music with his New Wave group, but was also associated with orchestral music, a passion that he managed to teach to his daughter Adelaida who was our chorus’ director in the Caracas Philharmonic Orchestra, which was also founded by him. Beautiful times.

Projects like that of the New Wave gave immortality to the maestro. They were musical combinations in which he knew how to unite with grace, with folklore, jazz and the urban styles, using the highest degree of creativity and doing what seems to be the hardest for most musicians, create soemthing that nobody dared to create before. This is how his New Wave was created, a gift, a legacy to universal music… his signature in the shape of a musical key.

Th late 20th century’s, music has in Aldemaro Romero as its main reference. As both his genuine works and controversial personality remain, the formula of his fine and well achieved works, the idea that places him as Venezuela’s most complete and important musicians becomes everyday stronger.

Enough of words. Romero’s music says enough, as you can find more on his homepage [es], as well as various YouTube videos.

Part II, which honors Adriano González León will be published later this week.

Filed under: Music & Film, World
Share Tweet Pin G Plus Email
previous article: Japan: The Rising Price of Food
next article: What More Must Zimbabweans Do?