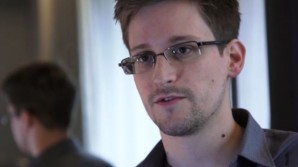 Snowden, charged with espionage and property theft by the United States government, is currently on Russian territory, where he is attempting to avoid extradition to American soil.

Maduro’s offer comes at a complicated diplomatic moment: UNASUR (Union of South American Nations [2]) demanded an apology from Europe due to the incident [3] suffered by Evo Morales, during which various countries closed their airspace to the Bolivian leader based on suspicions that he was transporting Snowden.

In events leading up to the military parade that celebrated 202 years since the signing of the Venezuelan declaration of independence on Friday, July 5, President Maduro stated [4] [es] that, “As leader of the State and Government of the Bolivarian Republic of Venezuela, I have decided to offer humanitarian asylum to the American young man, Snowden.”

Maduro explained that Venezuela is offering the measure to Snowden to “protect him from the persecution that has been unleashed from the most powerful empire in the world against a young man who has told the truth”.

A day later, the Venezuelan president confirmed his intention via Twitter (@NicolasMaduro [5]) [es]:

@NicolasMaduro [6]: I confirm the humanitarian spirit of granting asylum to Snowden, the young American, to protect him from the empire’s global persecution.

President Maduro had mentioned the possibility of welcoming Snowden on various occasions, but this is the first time he has done it openly and directly.

Despite the controversy, the United States government declined to make comments regarding the Venezuelan president’s offer. According to Reuters [7] [es], the White house has not released an opinion on the issue and referred questions to the country’s Department of Justice.

Nevertheless, on Sunday, July 7, a group of U.S. Congress members established their position on Snowden’s possible political asylum, stating that: “Whatever country offers asylum to Edward Snowden, who leaked data from the National Security Agency’s (NSA) surveillance program, will set itself against the United States.”

The announcement [8] [es] appears to be a direct response to statements made by Venezuela and Bolivia to grant the humanitarian measure to the former U.S. contractor.

Nonetheless, despite the Venezuelan president’s offer, on Monday, July 7, Edward Snowden requested political asylum from Nicaragua through a letter [9], information that was confirmed directly by the government of the Central American country.

“I, Edward Snowden, citizen of the United States, am writing to request asylum from the Republic of Nicaragua due to the risk of being persecuted by the Government and its agents,” he explains in the letter, dated June 30, 2013. In it, Snowden also explains the consequences that he can suffer after revealing the United States’ secret electronic surveillance program, which he fears could result in the Espionage Act of 1917 [10]being applied against him. If found guilty under this U.S. law, Snowden could be sentenced to life in prison.

It is worth highlighting that the request for asylum – or the offer that President Maduro made – is duly stipulated in Venezuelan legislation in the Organic Law on Refugees or Refugees and Asylum-seekers (published in Official Gazette No. 37,296 dated 03 October 2001).

The debate on social networks

The offer of asylum to the former NSA contractor on behalf of President Maduro has sparked a heated debate in Venezuela between those who support the government’s position with respect to asylum and those who criticize it by considering it unnecessary and merely political. Above all, the offer seemed to intensify the political confrontation between both countries and it is reflected as such on social networks.

rararoadrunner (Foro Aporrea) [12]: Will it be necessary for UNASUR to send a squadron, composed of a plane in every country, to accompany Edward Snowden from Moscow to their country? Let’s see: what we see now is that you embody glory to the brave people, an example for everyone! Long live the independent States of America, the dream of the Liberator Simón Bolívar!

Deuteros (Foro Aporrea) [13]: Ecuador is showing quite a brave and dignified attitude towards this issue; Rafael Correa is a great example of a leader. We hope that Russia assume a more head-on position with respect to Snowden.”

Even so, pro-government political analyst Nicmer Evans criticizes the governmental offer on his blog [14] [es]:

The most interesting thing about the case is that the being of the CIA or having been it is now so “chic” that our country cannot remain behind in having its own former informing agent, and we have run to offer asylum to the most valued ex-CIA member in the market: Snowden, like a pop star, is being thrashed around by many countries in terms of who will offer the best asylum in solidarity with someone who, until recently, was responsible for everyone being bugged by the gringos through Prism, and today is the formula for an example of a global revolutionary.

There are also citizens who believe the offer of political asylum is a sign of good will.

@hectorabadf [21]: Snowden is now a persecuted, stateless individual without the right to asylum for telling the truth about how we can all be spied on by the NSA.

@MarielaMartha [23]: @NicolasMaduro [5] Good day my dear president if you support the young Snowden in giving him asylum. Venezuela will be his home…

Marianny Barroso (@MARIANNYBARROSO [24]) [es] considers the decision of the Venezuelan state to be convenient in offering political asylum to Edward Snowden and supports it publicly:

@MARIANNYBARROSO [25] Snowden today is a threat of a Government that has done a lot of harm on a global scale!! that is why I SUPPORT ASYLUM in Venezuela! Homeland of BOLIVAR and CHAVEZ

Twitter users also debated how the asylum could affect the already quite deteriorated political and diplomatic relations between Venezuela and the U.S., in addition to the case involving the former contractor’s legal situation.

In Josefina Ruggiero’s (@ruggieroj [26]) [es] opinion, the words of the President of the DUMA (the lower house of the Russian Federal Assembly) summarize part of what are the current political relations between Venezuela and the United States:

@ruggieroj [27]: President of DUMA: Venezuela’s relationship with the U.S. is so bad that Snowden’s case will not worsen it. It is clear #asiloSnowden [28] [#Snowdenasylum]

@LuisCarlos [31]: There is too much focus on Snowden and very little on state espionage and the privacy of citizens

Venezuelans even attempt to analyze the political problem from an almost humorous perspective, as is the case of Alejandro Barrios (@alepicture [32]) [es]:

@WATH23 [36]: Edward Snowden has been a Trending Topic in Venezuela for days. Today he reaches first place with his rejection of political asylum in Venezuela.

At the time of writing this post, Nicaragua has not yet ruled on the Snowden’s request for asylum. At the same time, President of Venezuela, Nicolás Maduro, stated that Venezuela received a formal request for asylum [37] from the former American contractor.