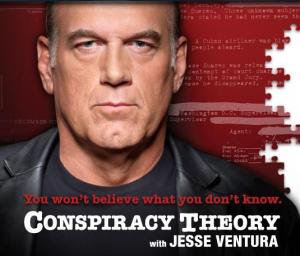 Ventura was appearing on Eric Bolling’s Fox Business News show, “Follow The Money”, to promote the second series of his extremely popular Conspiracy Theory show which begins on Tru TV tonight at 10pm.

“The Gulf of Tonkin Incident never happened. Well 58,000 of my generation died over something that was a lie… this one’s a lie too.” an irate Ventura told Bolling following the interview in reference to the 9/11 attacks.