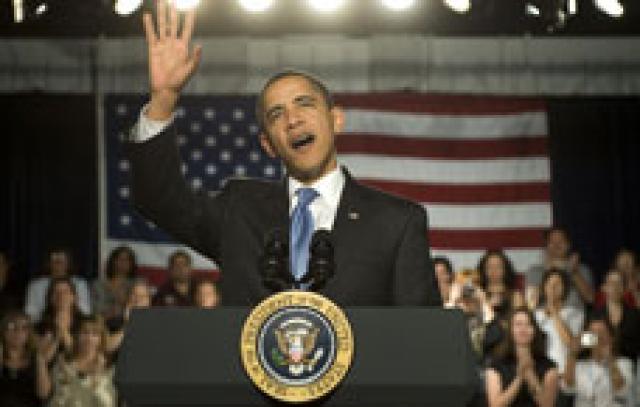 WASHINGTON: US President Barack Obama is considering a plan that would double the size of Afghanistan’s security force to about 400,000 troops and police officer to stabilize the nation, The New York Times reported on Wednesday.

Obama was expected to approve a version of the plan in coming days as part of a broader Afghanistan-Pakistan strategy, the report said, citing senior administration and Pentagon officials.

Afghanistan now has about 90,000 troops and the Afghan National Police numbers about 80,000 officers, the newspaper said.

The relatively small size of the security forces has frustrated Afghan officials and American commanders who wanted to turn security over to legitimate Afghan security forces, and not local warlords, at a faster pace, the Times reported.

The White House declined comment on the report. The administration’s goal of a 400,000-strong Afghan security force is more than three times the size that US officials believed would be adequate for Afghanistan in 2002, when the Taliban and al-Qaida appeared to have been routed, the report said.

According to the newspaper, cost projections for the program range from $10 billion to $20 billion over the next six or seven years. The annual budget for the entire Afghan government is largely provided by the United States and other international donors.

Earlier on Wednesday, US Defense Secretary Robert Gates was asked whether a Pentagon estimate puts the cost of expanding the Afghan forces to 134,000 at $17 billion.

Gates told reporters at a briefing that estimate sounds too high.

"That’s higher than any figure I’ve heard," Gates said. "And we certainly hope that our allies and partners and others around the world will contribute to the Afghan trust fund at NATO to help sustain these forces over time."