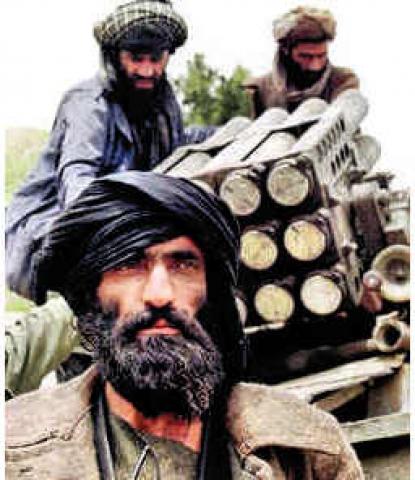 America’s special envoy Richard Holbrooke, who is in India after his visit to the Pakistan-Afghanistan border has said the Taliban is the common enemy of not just the region but also America.

In the first high-level contact between New Delhi and the Obama administration, Richard Holbrooke spent nearly four hours with External Affairs Minister Pranab Mukherjee and other officials in India talking about the situation in the region and the need to keep up the pressure on Islamabad.

Right now, their big worry is the Taliban inching closer to Pakistan’s big cities. In what is being seen as a reflection of the struggle for survival against the Taliban, that Pakistan President Zardari spoke of last week, he has agreed to impose Shairiah law in parts of the Swat Valley not far from Islamabad.

"So we have given this to Malakand Division as a whole, realising that this was something which was badly needed, realising that there was a vacuum, and realising that we needed to provide speedy justice and of course, to some extent, justice, which can be afforded by the local people and then whatever we are given them, there is not even a single section or provision which is against the basic fundamental rights," said Haider Khan Hoti, Chief Minister of North West Frontier Province.

The situation in Swat is a big concern since it’s located just 160 km from Islamabad and is virtually run by the Taliban.
Reports say a Chinese engineer, who had been kidnapped by the Taliban in Swat and released over the weekend, was exchanged for more than a dozen Taliban prisoners.

"Not a good sign," said Richard Holbrooke, US Special Envoy.
"What is happening in Swat shows that there is common enemy facing India, America and Pakistan that threatens our leadership and people," said Holbrooke.