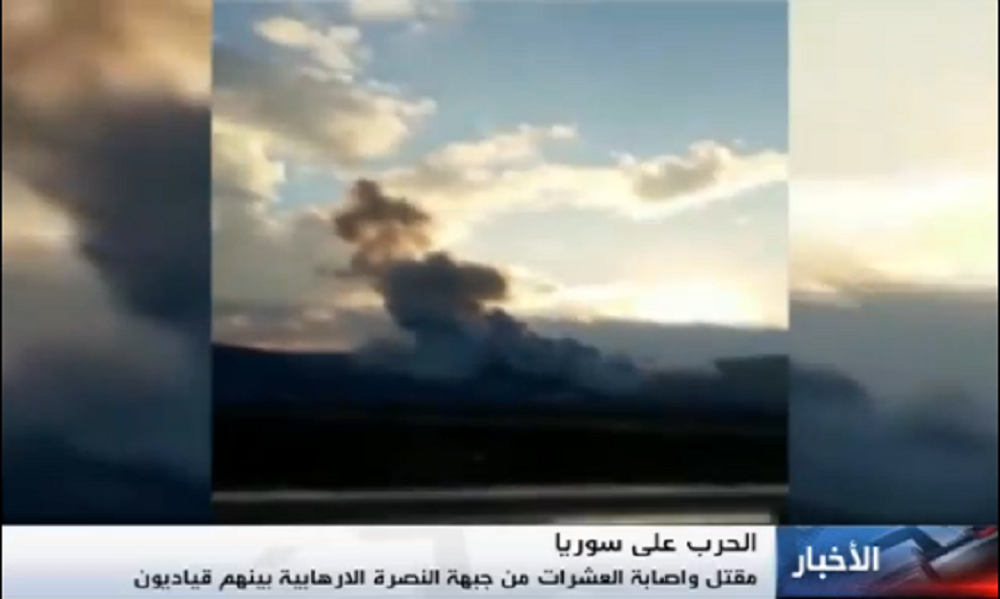 The US Coalition reportedly carried out a lethal series of airstrikes over the Idlib countryside, killing and wounding dozens of civilians near the Turkish border-crossing in Syrian Province of Idlib.

On Tuesday’s midday at 03:55 PM the B52 warplane have bombarded Sarmada town’s outskirts over a prison followed to Jabhat Fateh Al-Sham (JFS) which led to dozens of casualties and injuries amid the civilians and prisoners in addition to mass destruction.

Moreover, the US warplanes have bombarded Sarmada square and killed 12 civilians while carrying out an airstrike over a vehicle followed to JFS.

According to local activists and reports of the Syrian government, the US-led coalition regularly carries out strikes to support ground anti-terror operations in Iraq and Syria, some of which results in civilian casualties.

At the same time, media sources of JFS denied the circulating data talking about the international coalition targeting a prison belonging to JFS, saying that the bombing targeted the major headquarters of the region and contains several branch offices as well as a new-formed police station which caused the killing of all who were in the headqurters about 25 members.

Meanwhile, the US military has acknowledged that at least 188 civilians have been killed in US-led strikes in Iraq and Syria since its campaign began against the Islamic State in August 2014.

The coalition airstrikes against Daesh targets which together resulted in the unintended death of 15 civilians occurred in the Iraqi cities of Shahid-Yunis As Sab on November 6, Mosul on November 26 and 29, and in Syrian Salahiyah on November 21 and Raqqa on November 26, according to the statement.

To date, based on information available, Combined Joint Task Force Operation Inherent Resolve has assessed that, it is more likely than not, at least 188 civilians have been unintentionally killed by coalition strikes since the start of Operation Inherent Resolve. CJTF-OIR regrets the unintentional loss of civilian lives resulting from coalition efforts to defeat ISIL [Daesh] in Iraq and Syria and express our deepest sympathies to the families and others affected by these strikes.

However, the military’s overall estimate is far below that of groups monitoring the civilian casualties. Airwars puts the number at 2,100.

The majority of the reports labelled “non-credible” shows an alarming lack of intelligence available to the US-led coalition, believes former Pentagon official Michael Maloof. According to his statement, “the United States is supposed to double check and triple check, make sure that there’s no such thing as civilians in harm’s way. But, given the reality on the ground there, it’s the case.”