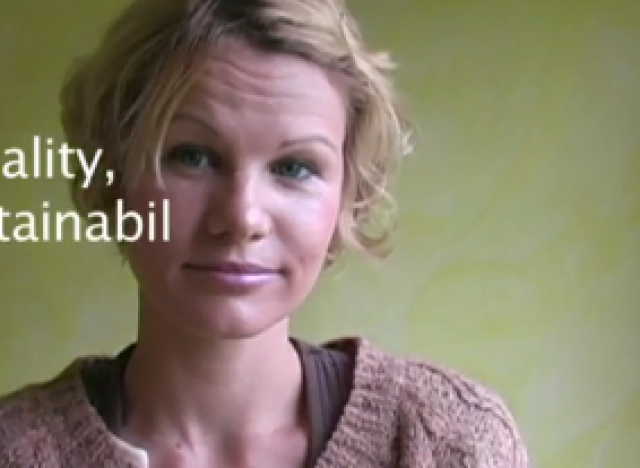 We bring you the 5 winning videos for the UN contest where participants sent in a video stating what they would tell world leaders if they had the chance.    The 5 video bloggers had the opportunity to give their message in person at the UN Day celebration in New York City.

In a previous post we announced the UN Citizen Ambassador contest where video bloggers had to record what they would say to World Leaders if they had the chance, to effectively win the opportunity to speak directly with Secretary-General Ban Ki Moon at the UN Day on October 23rd. The winners were chosen and notified through YouTube as well, and here is the video announcement by the United Nations Channel:

Emily Troutman from the USA, who we recently wrote about in relation to her Congo Matters video, was one of the winners. In her UN video response, she spoke about how World Leaders should remember that they are responsible for more than 6 billion of other human beings, one person at a time:

Jeremy Walker of Canada was another winner, who asked the UN to prove that it still can help solve worldwide problems, to return hope to those who still want to believe that there can be change:

Breno Coelho from Brazil uploaded a video answering what is needed to be done to make this world a better and safer place, where it is answered by many different people, all offering their solutions: more love, less greed, less hate:

Maricarmen Ortega of Mexico also included the voices of many in her video, this time in several different languages:

Kirsty Matthews of Canada had a short message, straight to the point: what is needed is equality, sustainability and justice for all:

United Nations TV uploaded a video showing the 5 Citizen Embassadors in NYC at the UN Day: