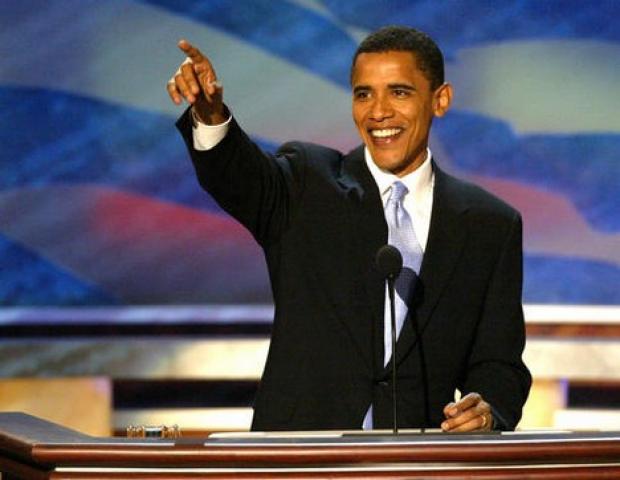 Obama goes on the offensive

Millions of campaign supporters are receiving e-mails urging them to call members of Congress. Groups allied with the White House are running ads scorning the president’s foes. States that were closely contested in the 2008 election are again getting visits from Obama.

On Thursday, Obama will even turn up in Jay Leno’s studio to appear on "The Tonight Show." Candidates have often used late-night talk shows to highlight their lighter side, but no sitting president has ever appeared on one, NBC said.

The return to campaign-style tactics is intended to pressure lawmakers to back Obama’s plans in Congress, particularly his $3.6-trillion budget. That would be a tough sell in any environment, with lawmakers and industry lobbyists skeptical of sweeping and costly plans to revamp healthcare, convert to alternative fuel and stabilize the financial sector.

Complicating the president’s job were revelations over the weekend that insurance giant American International Group Inc. was paying $165 million in executive bonuses even though it had accepted a huge federal bailout.

News of the bonuses has threatened to stir a populist backlash against the rescue of AIG and other financial services, which in turn could raise voter concerns that the administration is squandering taxpayer money.

"There is a certain amount of bailout fatigue that’s settled on [Capitol] Hill, and something like this isn’t going to help," said Jim Manley, a spokesman for Senate Majority Leader Harry Reid (D-Nev.).

"This is another outrageous example of executives — including those whose decisions were responsible for the problems that caused AIG’s collapse — enriching themselves at the expense of taxpayers," said Sen. Christopher J. Dodd (D-Conn.), chairman of the Senate Banking, Housing and Urban Affairs Committee.

Obama sought to quell the resentment Monday with a speech promising to use every legal resource available to block the AIG bonuses. With "The Tonight Show," he will have another prominent platform, and a friendly audience, to talk about the issue, if he chooses.

Two polls taken this month, one by the Pew Research Center, the other by Opinion Research Corp., found slippage in Obama’s poll numbers as the economy has soured. The Pew poll found Obama’s rating had dropped to 59% from 64% last month; Opinion Research recorded a 3% drop.

In promoting its agenda, the White House is using some rougher tactics.

Even as Obama positions himself as a post-partisan leader who wants to cooperate with Republicans, his White House is operating in a more combative fashion, and it has been consulting with allied groups aiming to marginalize the Republican Party leadership.

Asked Monday about a weekend TV appearance by former Vice President Dick Cheney, White House Press Secretary Robert Gibbs said, "Well, I guess Rush Limbaugh was busy, so they trotted out the next most popular member of the Republican cabal."

Part of the campaign is a coordinated assault on Republican Party leaders, depicting them as a recalcitrant minority determined to block the president’s agenda at any cost.

A TV ad aired by a tax-exempt group called Americans United for Change accuses Republicans of merely saying "no" to the Obama agenda, rather than proposing policy alternatives of their own.

"So, what kind of budget have the Republicans proposed to get us out of the mess they created?" a narrator asks. "Here are the details . . ."

Crickets are heard in the background, suggesting that the GOP has nothing to say.