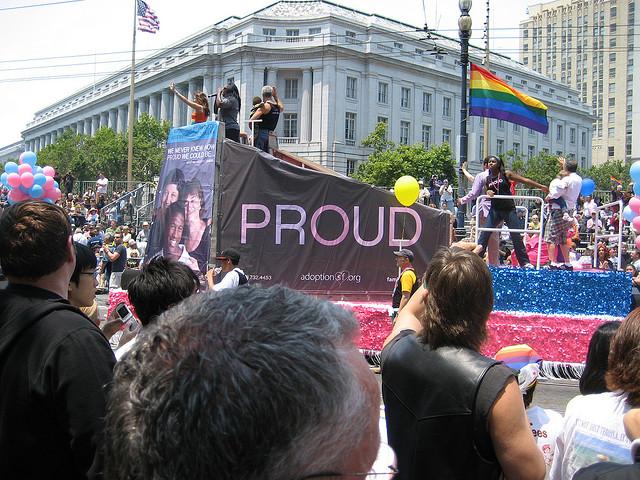 RICHMOND – Religious and social conservatives are squaring off with gay rights advocates over a proposed state-agency rule that would prohibit adoption agencies in Virginia from discriminating against prospective parents on the basis of sexual orientation.

The regulation under consideration by the Virginia Board of Social Services would apply anti-discrimination laws to adoption policies, preventing faith-based adoption agencies from discriminating against lesbian, gay, bisexual and transgendered couples.

“There’s currently over 5,500 children in the foster care system in Virginia that are either in homes or need to be placed in homes,” said Adam Sharp, who chairs the Young Democrats’ Family Caucus.

“Someone’s preferences as to whether or not a single person or a couple that’s not traditional is the ideal – that’s the wrong priority. The right priority is getting these children into homes and getting that stability.”

Currently, gay and lesbian couples in Virginia are legally able to adopt, but there are obstacles. For example, the state does not recognize second-parent adoption, which allows one member of a same-sex couple to adopt the other partner’s biological or adopted children. Moreover, many faith-based adoption agencies in Virginia do not allow gay and lesbian couples to adopt.

“This provision does nothing more than ensure that a person who seeks to adopt or foster a child is not denied the opportunity to do so simply and solely because of who he or she is or what he or she believes,” said James Parrish, executive director of Equality Virginia, the state’s leading gay rights organization.

Delegate Robert G. Marshall, R-Manassas, has been one of the most vocal critics of the proposal. In an email, he urged his supporters to lobby McDonnell against the rule change.

“These changes may cause some church-run adoption agencies to discontinue their services in Virginia,” Marshall said. “They shouldn’t have to choose between violating their moral views or serving children in need of families.”

“I don’t think we ought to force Catholic Charities to make that part of their policy or other similarly situated groups,” he told reporters.

But the governor’s opinion may not be the deciding factor, said Claire Guthrie Gastanaga, a lobbyist for Equality Virginia.

“The State Board of Social Services can, under state law, either choose to incorporate the governor’s suggestions in their final regulation, or to not,” Gastanaga said. “They have the final authority about what’s in the regulation.”

The proposed regulation was published on the Virginia Regulatory Town Hall website. The Board of Social Services accepted comments on the matter until April 1. The board received more than 1,000 comments – most of them opposed to the rule change. Some were titled “against adoption of children by homosexuals” and “Protect our Children Through Traditional Placements.”

The board will vote on the proposal next Wednesday.

During the comment period, Victoria Cobb, president of the Family Foundation, a group that promotes “traditional values,” criticized the proposal.

Under existing state law, Cobb said, “Only married couples (one mother and one father, as decided by Virginia’s Marriage Amendment to the Constitution) or single individuals can adopt a child. The current proposal, which includes prohibition of discrimination based on sexual orientation, stands in direct opposition to the confines of the Code.”

Even if the rule passes, a number of things could happen.

“Once it’s published in final form, the governor does have the authority to suspend the implementation, and there’s also some provisions for the legislature to get involved in the action,” Gastanaga said. “We’re a long way from done here.”

What the Proposed Rule Says

The rule that has stirred controversy is buried in a 29,000-word document titled “Standards For Licensed Child-Placing Agencies.” You can find the document at http://snipurl.com/va_adopt

The rule is under “Part IV, Program Statement.” Section B says:

B. The licensee shall prohibit acts of discrimination based on race, color, gender, national origin, age, religion, political beliefs, sexual orientation, disability, or family status to:

1. Delay or deny a child’s placement; or

2. Deny an individual the opportunity to apply to become a foster or adoptive parent.