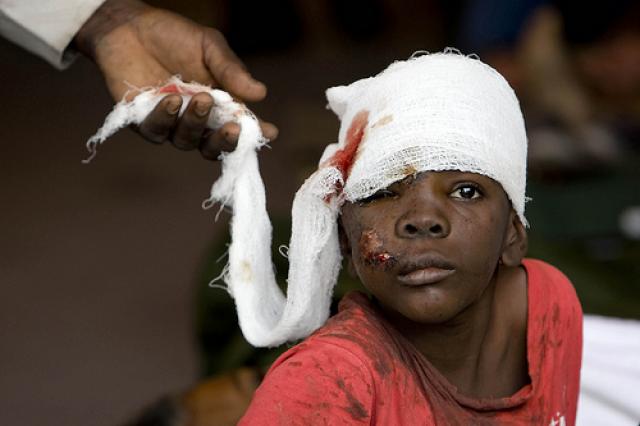 RICHMOND, Va. – The commonwealth’s outgoing and incoming governors Friday urged state employees and other Virginians to contribute to relief efforts in Haiti, where an earthquake killed tens of thousands of residents and left an estimated 3 million people hurt or homeless.

Government workers can donate to the Commonwealth of Virginia Campaign, the workplace giving program for state employees, and the money will be forwarded to the International Disaster Relief Fund of the American Red Cross.

“Since Tuesday’s disastrous earthquake, I’ve been struck by the incredible outpouring of concern and support from Virginians all across the Commonwealth,” said Gov. Tim Kaine, who is leaving office Saturday.

“This special fund drive will allow state employees in particular to contribute quickly and efficiently to ongoing relief efforts in Haiti. I encourage all citizens to make a donation to the Red Cross as well.”

Bob McDonnell, who will be sworn in Saturday as Virginia’s 71st governor, joined Kaine in urging people to help Haiti.

“The victims need food, water, medical care and shelter. Even the smallest donation will help to provide the basic necessities that are so vital to the well-being of so many. In this time of acute and pressing need, Virginians can make a difference.”

The American Red Cross held a community forum in Richmond on Thursday about the disaster. Participants discussed how individuals and groups can assist Haiti, the poorest in the Western hemisphere.

“We have groups that are going down on an ongoing basis,” said Patricia Schwermer, associate director of the Catholic Diocese of Richmond. “The Catholic Diocese has extensive relationships with the Haitian people and is able to take donations and get the supplies that people need.”

Griffin Global Ministries, a Christian organization based in Richmond, is working on a project called the Chicken Brocade.

“Everybody that we know across the nation, we are asking to go to their stores and get those Ziploc chickens,” said the Rev. Terrie Elizabeth Griffin, founder and chief visionary officer of Griffin Global Ministries.

“It is not heavy to carry, and people can eat it right out of the bag.”

The Bon Secours Health System also is making donations. Dougal Hewitt, a vice president for the hospital network, said Bon Secours would match every employee donation for Haiti up to $100,000.

The earthquake that hit Haiti around 5 p.m. Tuesday registered 7.0 on the Richter scale. Port-au-Prince, Haiti’s capital, was leveled, and rescue workers are struggling to clear rubble and bodies from the collapsed buildings and streets.

Virginians responding to the earthquake include more than 70 members of Fairfax County’s Urban Search and Rescue Team and 83 members of a Virginia Beach-based search and rescue squad.

Schwermer said the situation in Haiti is dire.

“There is no first emergency response. There are no ambulances, and the hospitals are very few,” she said. “So it has been very devastating.”

How you can help

Donations can be made to the American Red Cross at www.greaterrichmond.redcross.org or redcross.org.

People who want to volunteer time or services can visit InterAction.org, a coalition of humanitarian organizations providing disaster relief.

Filed under: Politics, World
Share Tweet Pin G Plus Email
previous article: Time Running Out for Earthquake Survivors in Haiti
next article: Markets Re-Open on Frere and Tabarre in Haiti