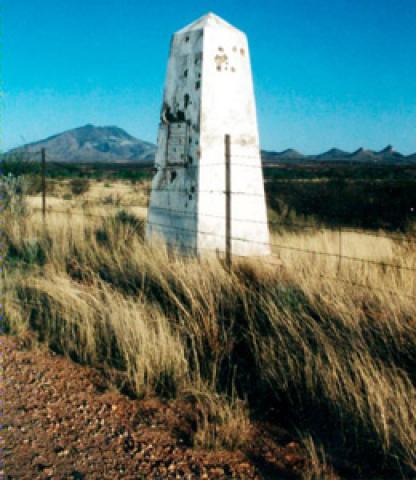 Recently I received one of the status bulletins from the Department of Homeland Security with respect to the measures which are being taken due to the escalation of the violence and drug trafficking which are occurring in my former home state of Arizona.

I subscribed to this bulletin since I have many friends and family members still living in the war zone conditions that are occurring now in in Arizona as the state with the least border protection in addition to Texas, the two states with the longest border with Mexico.

In the bulletin were about six different fronts the Department of Homeland Security have identified as critical in fighting the war that is waging on our southern border, and approximate amounts in expenditures which will be needed in order to provide for the Department’s agenda and policies.

Interesting though, not a single dime was directed toward truly securing those desert borders with a physical deterrent such as the promised fencing which Congress provided for three years ago under the Secure Fence Act, as a Constitutional directive and "common defense" measure per Article IV, Section 4 of the U.S. Constitution.

Since that time, instead the amounts have steadily been reduced, while more and more has been provided to the Department for hiring instead more border agents at taxpayer cost, ($70,000 per year plus benefits) and expensive high tech gadgetry.

In fact, a good part of the stimulus monies that the Department received are going to go toward installing full body xray scanners at most major domestic airports in order to search passengers on domestic flights prior to boarding.

I suppose that it is too difficult a concept that if our international airports were fully secured and limited in number instead, then Americans’ privacy rights could somewhat be maintained yet the threat of terrorism by foreigners significantly reduced at a much lower cost.

Instead of addressing the international airports primarily, in searching the DHS website I also learned that during President Bush’s last 100 days in office, he signed another one of his famous accords affording over 34 countries (South Korea and Great Britain, home of the shoe bomber, included) free pass Visa waivers that may be applied for online with simply a 48 hour security background check.

These Visa waivers afford two years of unlimited in and out access to the United States before they must be reapplied for and renewed.

While Ms. Napolitano instead is sending out memos on "right wing extremists" and other Americans that the Department has branded as threats to our national security.

I do hope Ms. Napolitano keeps those warranties.