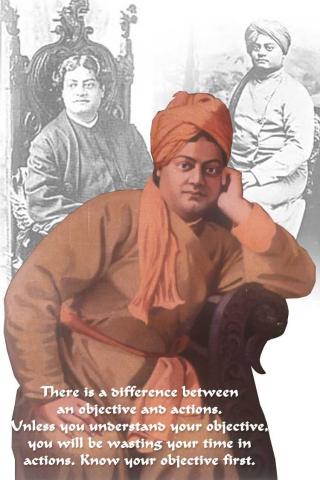 The young sannyasi from Bengal showed the world that India was not dead but only sleeping,he burst upon the Indian society like a bomb shel to see it awakened.
Born on january 12 1863,in an opulent family in Kolkatta Narendranath dutta as he was named,had a sharp intellect with a rational approach which made him doubt any belief that was in practice.This character in him ,made him question the very existence of god.Thuis began his search for a man who had actually seen god.It ended in "SRI RAMAKRISHNA PARAMAHAMSA",by whom his spiritual quest was quenched .
After the death of "SRI RAMAKRISHNA PARAMAHAMSA"Narendra took the vow of sannyas and became SWAMI VIVEKANANDA.He then travelled extensively across India
Swami Vivekananda went to United States to take part in the World Parliament O f Religions.His impromptu speech beginning with-
"My dear brothers and sisters of America…………………." held the speechless.He expressed the importance of the vision for universal outlook.Back in India after 4years, Swami Vivekananda
then began the task of rejuvenating India.
Understanding Swami Vivekananda would be understanding India.In his own words ,he has described himself as "A CONDENSED INDIA".When some of his western disciples asked Swami Vivekananda has to what they can offer to him as GURU DAKSHINA,he replied "LOVE INDIA".
On the 4th of july 1902 , Swami Vivekananda
wound his mortal coil and merged with the infinity.His llife just spanned to 39 years 5 months and 24days.But the depths of his work ,is still to entirely manifest.
" THE MORE WE GROW IN LOVE
AND VIRTUE AND HOLINESS
THE MORE MORE WE SEE LOVE
AND VIRTUE AND HOLINESS OUTSIDE."
"ARISE ,AWAKE ,AND STOP NOT STILL THE GOAL IS REACHED".