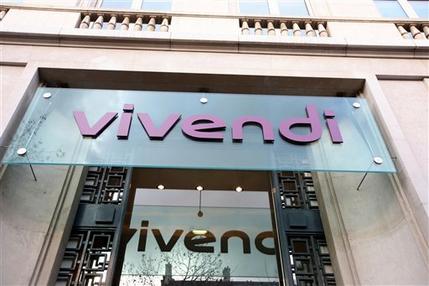 For nearly a calendar year, French multinational Vivendi SA has spoken plainly about its plan to move forward as a media and entertainment company. That meant getting rid of its telecommunications and gaming properties, a process which Vivendi has executed in the last 12 months with systematic precision. Vivendi acted to sell its remaining stake in gaming manufacturer Activision Blizzard, then offloaded French telecom unit SFR and moved Moroccan telecom unit Maroc Telecom off its books in quick succession. 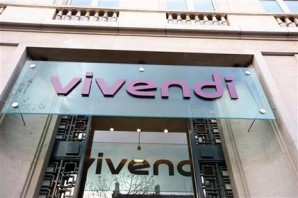 Now, the transition looks to be complete after Vivendi agreed to sell Brazilian telecom unit Global Village Telecom (GVT) to Telefonica SA, a Spanish telecom provider. The deal is worth €7.24 billion ($9.3 billion), which breaks down into €4.7 billion in cash, a 7.4% stake in Telefonica’s Brazilian business (Telefonica Brazil is the nation’s telecom leader in both mobile and broadband segments), and 8.3% of Telefonica’s stake in Telecom Italia. The cash infusion is just the latest in a string that, taken together, represent a €10 billion net cash windfall once all of the recent deals close.

However, the way the deals break out financially is less important than the larger message Vivendi is sending to shareholders and market experts. Specifically, that Vivendi is now wholly invested in its two remaining properties, Canal+ and Universal Music Group, two units that exist squarely in the media-and-entertainment sector. It’s a consolidated stance that has Vivendi poised to complete its resurgence from the decade-low point it hit in 2012, when its revenue and share price were dented by a group of varied interests. (Vivendi’s share price has already risen 30% since 2012’s low point.)

Still, their remaining properties have shown an impressive resilience to recent market fluctuations. Universal Music Group, the world’s largest purveyor of recorded music and one of the three major global record labels, has shown a deft touch in recent months. As the music industry has pivoted from downloads to subscription streaming, Universal has invested in streaming leaders like Spotify and is working with crowdsourced music site Spotify on licensing agreements. As an international company, Universal is working tirelessly in new markets like Southeast Asia to tap into growth potential in those less-developed areas. The company is also working with smaller streamers, like Rockbot, to push their artists into commercial channels.

Canal+, likewise, continues to exert its influence as both a pay-TV channel (Canal Plus) and production studio (Studio Canal). Still largely a European concern (both prongs of the company are based in France, the home of Paris-based Vivendi), Canal plans to do battle with Netflix, which recently made its debut in France, Germany and other mainland European countries, through its pay-TV channel and its subscription service. Not only is Canal developing its own Netflix-style original series (The Tunnel) and movies (Liam Neeson’s Non-Stop), but it also owns the French rights to Netflix’s premier program, House of Cards.

No matter what happens next Vivendi, stripped of its telecom pursuits and refocused on the likes of Canal+ and Universal Music, now possesses the cash and media holdings to rediscover the success it enjoyed in the mid-2000s.

Filed under: Business, Media & Tech
Share Tweet Pin G Plus Email
previous article: US planning massive deployment of ground troops in Iraq, according to officials
next article: The Future Is Now