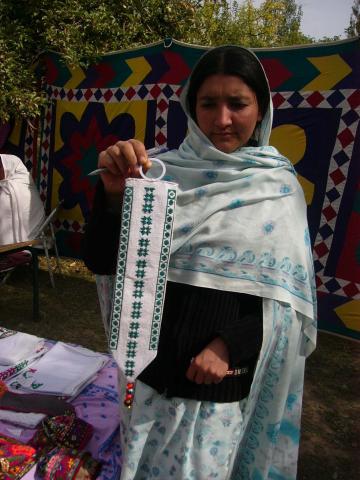 CHITRAL: Followers of Prince Karim Aga Khan donated 400 cattle (Yaks, goats, sheep and cows) as well as precious carpets and hand made items to Darbar Fund for visit of Prince Karim Aga Khan to Chitral that is expected in mid November. These cattle and other items were donated on the appeal of Sardar Hussain Convener Darbar Fund Chitral. All expenditure is bearing from Darbar fund for guests on the eve of spiritual leader and 49th Imam Imam of Shia Imami community. These cattle were sold at Booni and the fund was credited in Darbar Fund. MNA Chitral Shahzada Muhauiddin was chief guest on the occasion of cattle sale point (mela) while MPA Chitral Haji Ghulam Muhammad, Tehsil Nazim Mastuj Shahzada Sikandar and other notable elites of the area  were also present on the occasion. Thousands of people visited cattle sale mela. This is the first time that all expenditure of Prince Karim Aga khan tour to Chitral would be bore by local faithful.

Talking to this scribe Sardar Hussain Regional Convener said that our target for Darbar fund is 10 million in which some 6 million have been collected from local Ismaili faithful. Volunteers in military uniform had arrived from Brughul and Yarkhun valley hundred of kilometers away from here-performed volunteer duty in collecting these cattle from donators and shifting to Booni. Besides it a handicrafts and local fruit process exhibition show also arranged in outskirt of cattle show. Kaneez Fatma Coordinator of Meraman Project funded by Empowerment through Creative Integration (ECI) had arranged this exhibition who also briefed the visitors. She said that some 380 local women were trained in different handicrafts and marketing. The old items were modernized and their price also enhanced by improvement. The visitors took keen interest in a local decoration piece (purse) made from Russian Olio a local fruits bee. A large number of people visited handicrafts exhibition show and took keen interest in local hand made items like garland, purse, mobile cover, tissue papers box. Besides it local shampoo, Jams and dry fruit were also presented in this show.

Meanwhile 3300 cards of Benazir Income Support Program (BISP) were issued to local committees that will be distributed among the poor and deserving people. Shahzada Muhauiddin MNA Chitral and Haji Ghulam Muhammad MPA Chitral were present on the occasion. 330 cards of BISP were issued to each 10 union councils. Total 8000 cards of Benazir Support Program have been issued to Chitral district. MNA Chitral who was also chief guest on the occasion stressed upon the local members of committees who will distributes these cards to issue it to poor and deserving people irrespectively of their  political affeliation.