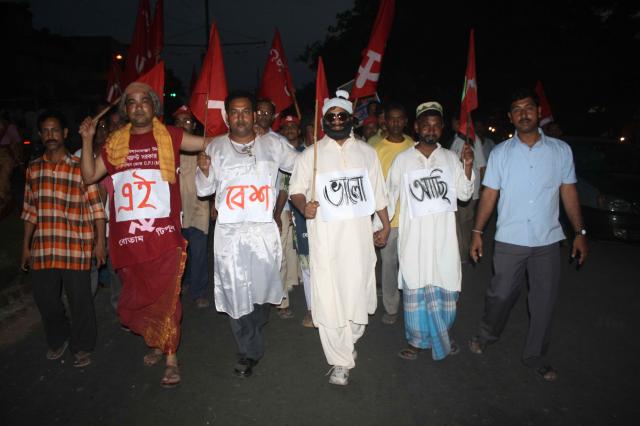 Mamata Banerjee’s TMC is using multimedia presentations, television commercials, billboard presentations to get its message across to the electorate. A major part of voters returned Left Front governments in West Bengal for over three decades.Communist Party of India (Marxist) tries to empathise on rallies, door-to-door visits, roadshows. With the assembly elections only days away, political parties are on a mission to win the hearts of voters.The poll process, being dubbed the biggest litmus test since the 2009 general elections, kicks off April 18 in Bengal.The multi-phased elections are also being held in West Bengal.The Trinamool Congress (TMC), making a bid for power in West Bengal. On the other hand, the Left, trying to hold on to power in West Bengal.