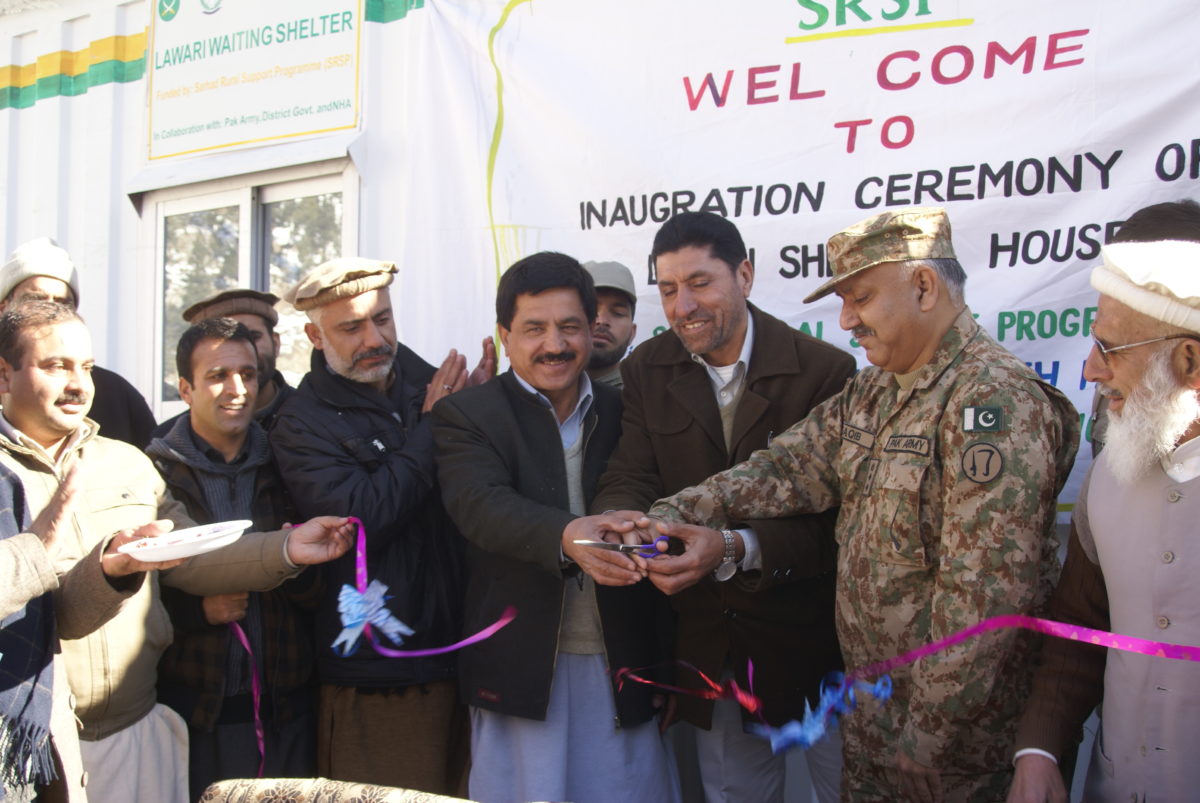 CHITRAL:  To facilitate women folk and children in chilly weather at Lawari top Sarhad Rural Support Program (SRSP) completed 3 waiting rooms for women, children and male persons including 3 bathrooms for men and 3 for women at Lawari top.  Chief guest Col Saqib of Pakistan Army inaugurated these  waiting room and shelter at south portal in front of Lawari tunnel at Dir side by cutting the ribbon.

Addressing on the occasion Regional Program Manager SRSP  Dir Mir Ajab said it was dire demand of people of Chitral to construct waiting rooms at both sides of the tunnel. He said SRSP completed a sophisticated waiting room at North side near Ziarat  last year and they also arranged waiting room in container at south portal Dir side.

He said that the waiting room was constructed with a cost of 2.7 million from SRSP fund on the special directive of Shahzada Masoodul Mulk Chief Executive officer of SRSP to facilitate women and children of Chitral including male persons.

There are 3 well furnished waiting rooms with separate bath rooms for male and female with heating system inside the waiting room.

As the only land route of Chitral block at Lawari top due to heavy snowfall during winter season and the tunnel open for passengers only 2 days a week.  Hence a large number of passengers including women and children were compelled to wait here for hours  in severe cold weather and snowfall   in front of Lawari tunnel waiting for opening of the tunnel. They were facing a lot of problems due to no facility for them. So that is why SRSP completed these waiting rooms in collaboration with Pakistan Army.

Addressing to the opening ceremony Col Saqib of Pakistan Army Engineering thanked to SRSP for fulfillment of this long awaited demand of people and assure for provision of all possible support. A large number of people of Chitral and Dir were present on the occasion.

Filed under: Civil Rights, News
Share Tweet Pin G Plus Email
previous article: Modi’s dispensation repeats UPA’s era, fails patriots
next article: Do I Really Have to Get a Colonoscopy, or Can I Avoid It?