women folk protested to save thier houses and walnut tree from demolishing.

CHITRAL: Women folk including male persons of Eizj village of Garamchishma protested against district administration and communication and works (C&W)  department. Carrying banners in their hands by inscribing the message of appeal to KP Govt to save their only house and walnut tree from cutting.

Residents of Eizx village of Garamchishma including women folk peacefully protested in front of their houses and walnut tree. They said that MPA Saleem Khan carrying a road to his house and village for his personal use.  There is already a wide road to his village but we caste our vote to PTI candidate and he is president of PPP so he take his revenge from these poor people by demolishing their houses for his personal road.

They said that he pressurized district administration and Deputy commissioner Chitral imposed section 4 for forcibly occupying our land for this road which is totally injustice. They said that there are 30 houses in MPA village Kandojal but he demolishing 150 houses with hundred of walnut trees which are full of fruit.

An old widow lady told this scribe that her husband and son both died and he have some orphan children of his house living in a small house but Saleem Khan also demolishing this house and still I was not compensated.

They alleged that communication and works department  on directive of DC Chitral started works on this road who cutting walnut and other fruit trees with excavator machine  which is not justified.

They said that some 37 crore (370 million) rupees are spending on a road  for only one person but this huge amount should be spent on main Garamchishma road which is totally washed away by flood and 40000 people are affected by this road which is still damaged.

They said that there is already earthen road to his village and he should to expand and blacktop it.

So many walnut trees had been cut by the contractor through excavator machine. In this connection this scribe contacted Divisional Forest Officer Chitral Muhammad Saleem Marwat who told that there is clear cut policy for walnut tree.  Even If walnut tree is standing in personal land of any individual and he want to cut it he should to submit a written application of DFO and after analyzing the tree condition that either it is dry and not able to produce more fruit  by agriculture officer he would be issued No objection certificate for cutting of walnut trunk in his personal land.

Our correspondent also contacted Executive Engineer of C&W and DC Chitral to take their version but    they apologized to talk on this issue.

Affected people of Eiz village appeal to Chief Justice Peshawar High court, Chief Minister KP, for taking action in this regard that why a huge amount is spending only for personal road of MPA instead of public road . And why they cut precious trees of walnut and more than 100 more walnut tree will be cut for this purpose as well as hundred of houses and cultivable land will also be destroyed. They said that KP Govt claim for billion aforestation but on the other hand they cutting walnut tree which is banned in forest rules. 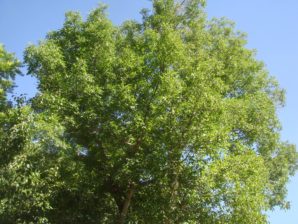 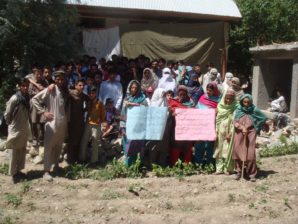 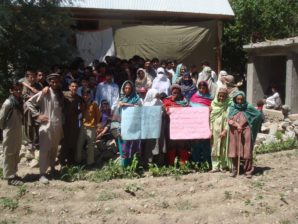 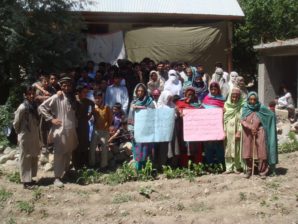 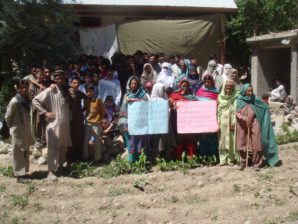 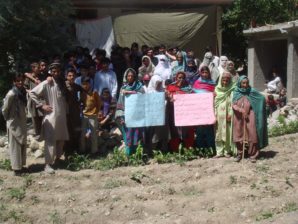