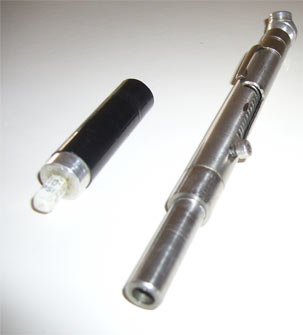 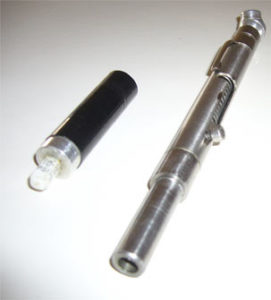 A ingenious tire gauge gun,  thought to have been used once by an spy for the purpose of a targeted “assassination” of a known terrorists in an non sanctioned “wet works” operation.

In times of war the Central Intelligence Agency (CIA) , and the National Security Agency (NSA) and other special operations agencies and units spring  into action.

In the case of President’s Obama recent declaration of war against the Islamist terrorist organization ISIS ( “The Islamic State of Iraq and Syria”), agents and spies will work covertly behind the scenes conducting shadowy intelligence gathering missions and espionage operations against the enemy.

Repeated attempts to figure out how the CIA is going about waging war against ISIS has been practically impossible.

All I get is rumors and stories that sound too incredible to be true – they sure the hell can’t be verified.

With that being said we can conclude that the CIA has been awfully busy lately.

“Intelligence gathering  can and must be a key strategy in defeating ISIS”, according to one CIA agency  insider who asked not to be named in this report.

In its simplest form, this strategy will include  “identifying ISIS troop movements and bases of operations.”

Not exactly an easy task in a war zone, so the CIA will also be looking to recruit spies and agents within ISIS – if they have not already done so.

The department within the CIA that handle collection is the Directorate of Intelligence (DI), where incomplete and sometimes contradictory information is transformed into unique insights that inform US policy decisions.

Members of the DI help provide timely, accurate, and objective all-source intelligence analysis on the full range of national security and foreign policy issues to the President, Cabinet, and senior policymakers in the US government.

At the more complex end of the spectrum, it includes “neutralizing” (a colloquial terms meaning “disrupt or eliminate”) sources of ISIS funding and plugging the influx of European and American  jihadists who want to join the ISIS cause and wage violent jihad.

Intelligence collection is not the only activity of the CIA, it is just one of many.

In war or national emergency, the CIA is adept at disrupting and destroying its enemies in all sorts of nefarious ways. It does this through a variety of means, including rallying and mobilizing local resistance cells; destroying supply chains; using information and misinformation to diminish support for the enemy and create confusion; and assassinating key enemy leaders.

The CIA’s potency is not a visible army. It strikes unnoticed, or from the shadows and no enemy likes being hurt by an invisible opponent. This is part of what is called “psychological warfare.”

Among the departments responsible for waging covert operations is the Clandestine Services.

The National Clandestine Service (NCS) serves as the clandestine arm of the Central Intelligence Agency (CIA) and the national authority for the coordination, de-confliction, and evaluation of clandestine operations across the Intelligence Community of the United States.

The mission of the National Clandestine Service (NCS) is to strengthen national security and foreign policy objectives through the clandestine collection of human intelligence (HUMINT) and Covert Action.

According to the CIA website the NCS is directly accountable to the U.S. President, Congress (and the American taxpayer).

No one at the Agency would discuss the NCS with me in any real detail except to share opportunities to work for them, except repeated references to an internship program? We investigated this a bit and relate to you the deatils of what we found out.

The National Clandestine Service (NCS) Undergraduate Internship Program is designed to give a limited number of talented undergraduate students the opportunity to support the NCS mission.

The NCS intern will be part of a unique world of important events and meaningful accomplishments.

Interns work at our Headquarters facility in the Washington, D.C. metropolitan area with knowledgeable professionals.

Those interested in applying for the National Clandestine Service do so by visiting the agencies  “Careers at the CIA” for current NCS vacancies and application requirements.

Applicants to the CIA must be United States citizens with business or military backgrounds between the ages of 26 and 35 and refrain from drug use for at least one year before applying. The CIA gauges your character and trustworthiness by looking at your criminal record and credit report. Expect to be formally screened with further probing questions about your past. You must pass at least one polygraph, or lie detector, test. And you will undergo re-examinations and continuing drug screening throughout your career.

The CIA only accepts candidates with a bachelor’s or master’s degrees, and it prefers those with a 3.0 or higher grade-point average. It doesn’t take into account real world experience or military background and training – which is a huge mistake.

Note: Those with extensive military experience should probably apply for the DIA (Defense Intelligence Agency).

Foreign language proficiency is “necessary to the work, and candidates who already have these talents will rise to the top of the applicant list.

You will undergo continuing professional training throughout your career in the clandestine services.

Filed under: News, US
Share Tweet Pin G Plus Email
previous article: Bank robbery was an “inside job” says FBI officials in Phoenix
next article: Iran offers to fight ISIS in Iraq, Syria and anywhere else for that matter